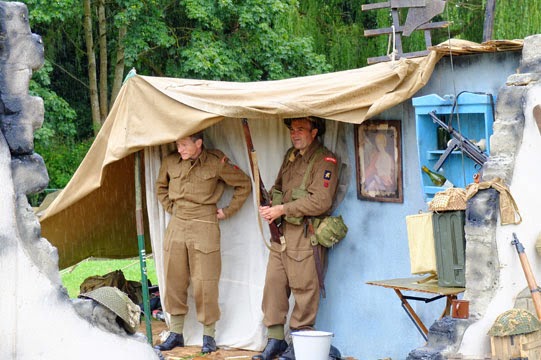 Trowbridge is host to the Wiltshire Armed Forces and Veterans' Celebrations, and each year the town is filled with serving soldiers, representatives from military charities and re-enactors. Today there have been parades, marching bands and weapons displays, and as we were in town we wandered into the park, where the event is held, to have a look. 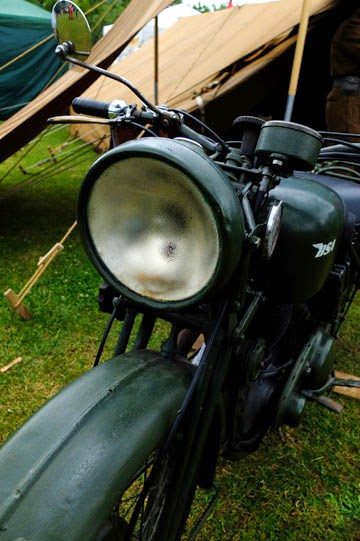 Here are a few of the photos from the re-enactment side of things. I had expected there to be more First World War re-enactment this year as it's the centenary of the start of that conflict, but it was mostly Second again, though there was a mocked-up trench to give visitors an idea of the narrowness of WWI trenches and the heights of the walls. 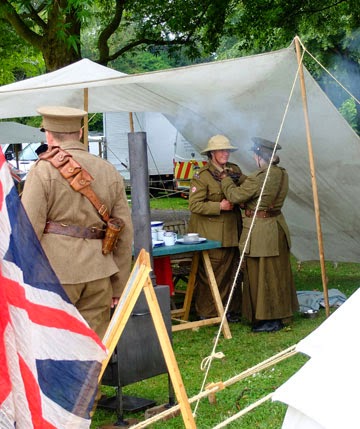 It's a real shame that the weather was not good - it rained quite heavily on occasions - as it did deter people from looking around as much, though there was still a decent crowd. 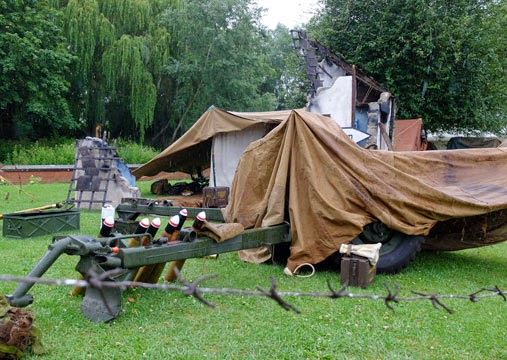 We'll head back tomorrow as 'WWI Songs Remembered' is scheduled to be on the bandstand at 11:30, followed by a demonstration of the evolution of a soldier's equipment from the First World War to the present, and the 1940s Roadshow takes to the stage at 1pm. 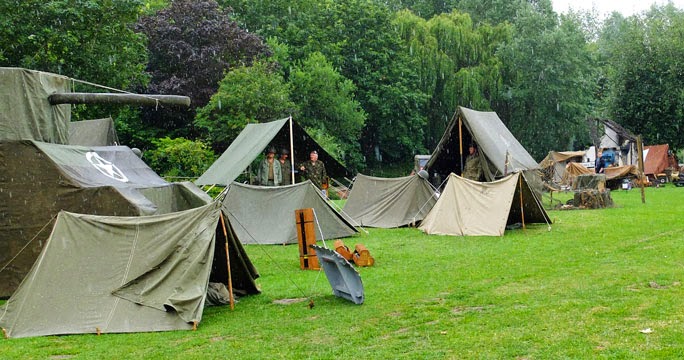 I recently updated my listing of What's On In Vintage Wiltshire, and if you like re-enactment there are some big events taking place around the county in the next couple of months. There are also many events to do with First World War history being staged.
Labels: WWI WWII