Vintage Nostalgia 2014: and a good time was had by all! 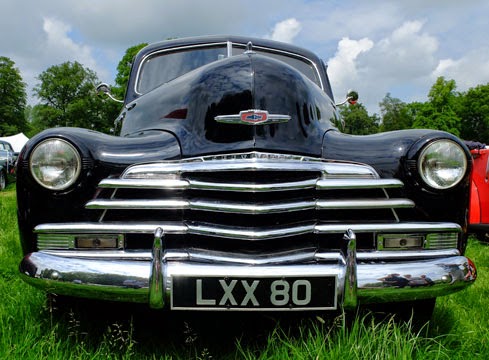 Vintage Nostalgia was last weekend, and it was ripping good fun. After enjoying it so much last year, we were determined to go again and have even more fun.

Last year we drove to the show after work. This year we decided to take the day off and arrive in the early afternoon instead. This was a much better plan; we were able to get a really good camping spot not too far from the portaloos or entrance to the main field, but far enough not to be disturbed. There is a separate area for ‘vintage camping’ - you have to have an appropriate vehicle/tent to get in there, and it booked up early - but there were a fair few vintage vehicles around the general camping area.

After all my ponderings about how to lengthen the skirt I hoped to wear, the weather wasn’t brilliant on the Friday, so I wore my 1940s slip-stitch jumper and grey trousers instead.

One of the main things we realised last year was that there were lots of good things to buy at the show - things that we couldn’t afford. This year we made sure we took plenty of money (you can see what I bought at Vintage Nostalgia in my last post). I had one important purchase to make on the Friday, a poufy white petticoat to go under my dress from the Saturday, and got a great one from Frilly Chantilly. That aside, we just ambled round the stalls and got as feel for what was there, planning to do our serious shopping on the Saturday. We had a few beers, then went to get changed.

Because of the weather, I’d made a last-minute change to my evening outfit. Back at the tent I discovered my, erm, underpinnings wouldn't work with it. I switched to Saturday evening’s outfit, a navy dress with coral lining showing through cutwork (it's got a midcentury look but is actually Boden!), with a 1950s coral necklace and earrings and my me-made navy cardi. I wore cheap black flats as the ground was boggy in places. This was a good move as last thing at night I took the wrong route back to the tent and ended up ankle-deep in a puddle with a muddy bottom! Before that, though, we pottered over to the food area, where I had an excellent chilli dog from Shakey's Diner and pulled pork from Westlands BBQ, then we enjoyed more beer while listening to the live music.
A quick note on the food: like last year, it was really impressive. It was fast food, but good fast food. We sat and watched the chap at the pulled pork stand, skinning loads of pork legs and putting them in the smoker so they’d be perfect for the next day. Shakey's Diner was serving up the best frankfurters I’ve had, and that’s impressive as Mr Robot has been working on his ‘dogs at home but has been unable to source a really great frank to put in them. There was a salad stall, a fish and chips stall, pies, crepes... many tasty things.

Saturday was Big Outfit day. While I faffed around with petticoats and face paint, Mr Robot whipped up a batch of excellent bacon-blue-cheese-burgers. Yes, for breakfast. They were goooood.

I bought this dress online from Stutterinmama last summer with this year’s event in mind. I wore it once to work in order to ‘test drive’ it, but that was the only time it had been out of my wardrobe. I’d planned to wear my coral 50s jewellery set, but with coral nails it all seemed a bit much, so settled for pearl studs and a lovely crystal brooch my friend Sarah gave me. The black flats had dried out and got a second outing. Last year I had my hair done, but this year Vintage Hair Lounge got booked up early, so I settled for doing mine myself using an updo pin. 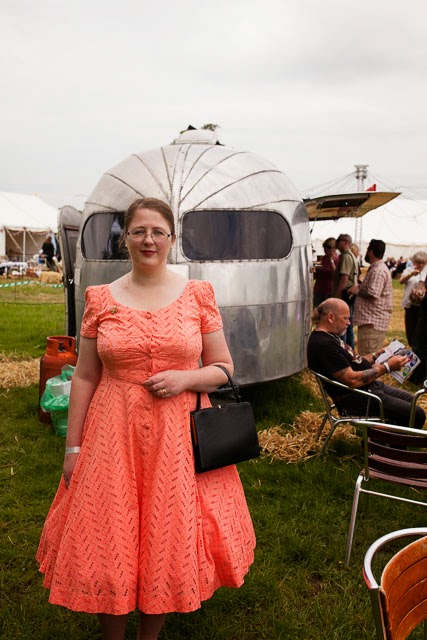 (Note: It is not the easiest thing in the world using a portaloo when you’re wearing a giant poufy skirt and trying to prevent it touching any hard surfaces. I did manage it. But I might reconsider wearing a giant skirt next year!) 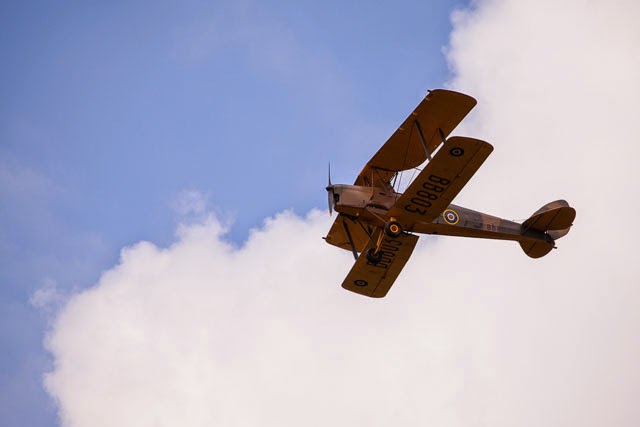 Anyway, we went, we looked, we shopped. I regret not spending more time looking round the cars now; we took a quick look early on, then went a-shopping, then had a beer and met so many nice people we didn’t go and look at the cars a second time. While we were shopping the Tiger Moths flew overhead; it was magical seeing the two in flight, looping the loop and rolling above us. 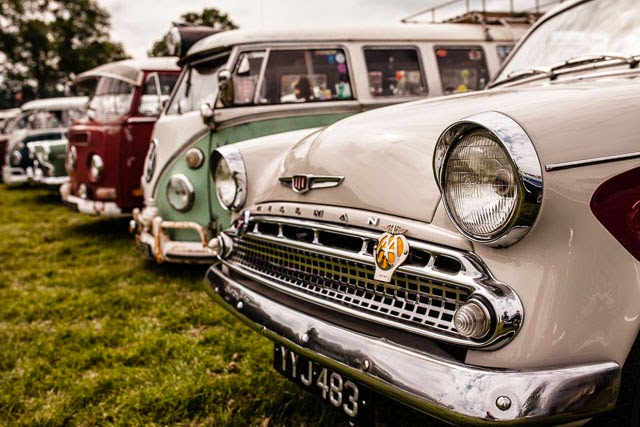 There were dance lessons in the main tent and an old-style entertainer and conjurer performing in a proper vintage-style travelling in stage, so there was lots to do that day. Like last year, it was great to see children doing kiddy things, talking excitedly about the cars they liked or trying out new dance steps. 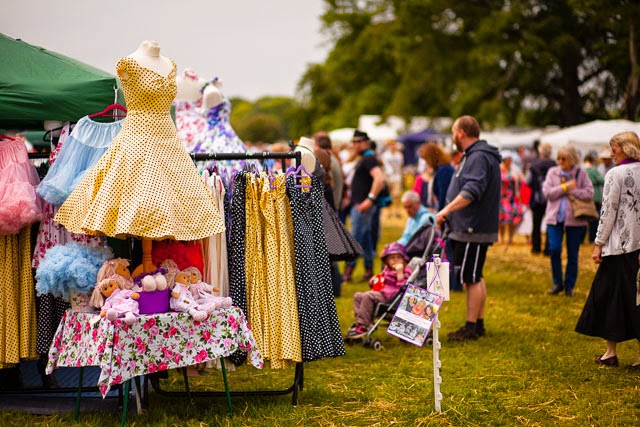 I didn’t get changed for Saturday evening. I’d worn my Saturday dress the previous night, and I’d got sunburned, so decided to leave all my clothes in place and not alter what was touching my skin because sooner or later it was going to hurt. Dinner was another hotdog and pulled beef brisket, then there was more beer and more excellent music.
Mr Robot commented that more people were dressed up this year, and I’d agree with that. There was less of the capris-and-sweater look, more big skirts. Last year felt more strongly 50s, while this year there seemed to be more 40s/land girl looks and a bigger sprinkling of 1960s styles too, though 1950s still predominated. I’ve no preference either way, that’s just an observation!
We left early on the Sunday. When it’s time to go home, I just like to get home - plus I was sore across my shoulders and making do with wearing Mr Robot’s spare bowling shirt. We shall be back next year, though, oh yes.