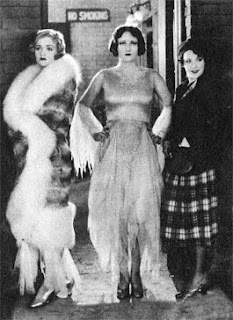 Fashion’s been pilfering from the past for years, but in recent years the ‘in’ decade has been changing rapidly. The 1950s have been a firm favourite for a few seasons now, and while fashion embraced the 1970s and flirted briefly with the 1940s this season, in Spring 1920s styles are returning to the spotlight. It’s been creeping in this winter, with ASOS stocking a couple of beautiful flapper party dresses and M&S doing a nice selection of cloche hats, but for spring expect so much more.

I’m sort of excited about a 1920s revival. Excited because I love the Jazz Age, and because those tubular, drop-waisted styles are a gift to people with thick-waisted apple bodies like mine. Sort of because, well, the High Street rarely gets it right, and it’ll probably disappear by this autumn. Here’s what I’d like to see…

On or below the knee
For most of the 1920s, dresses were actually on or below the knee. They were short by comparison to dresses from the Edwardian era, and scandalous by the standards of Victorian-born grandmothers, but in modern terms, not that short at all. I realise most of the dresses around will be a good few inches above the knee in keeping with modern tastes, but it’d be nice to see some that are an accurate length.
1920s for daytime
So far most of the 20s-influenced dresses I’ve seen coming to the high street next season have been beautiful and strictly for evening wear, with beading and embroidery. It’d be fab if the drop-waisted silhouette also made it though to daywear.

Tunics! Tunics! Tunics!
Comfy, practical, attractive… what’s not to love? People who don’t want to go all-out 1920s can wear them with jeans or trousers. People who like to dress modestly, for religious or personal reasons, can wear them too.
Shoes with 20s-style heels
‘Cos I’m an old lady and stilettoes make my feet hurt. I’d like something pretty and comfortable.

Cute little leather handbags
If handbags get any bigger, they’ll have to have wheels on the bottom. I don’t care if they are made by Hermes or Mulberry or Louis Vuitton or anyone else, when we hit the point where everyone’s dragging their bags around, they’ll resemble those tartan shopping trolleys little old ladies have AND we’ll all then need a small bag to put keys, phones etc in anyway. Let’s have some dainty bags for daytime.

Recognition in the fashion press for Colleen Moore
Because nearly everyone forgets the first flapper superstar, the torch that lit up flaming youth, even fashion magazines that are supposed to know their style history. 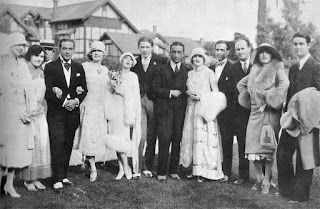