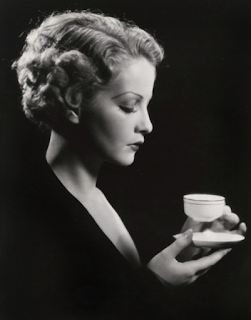 Do names get much more exotic than ‘Sari Maritza’? It’s certainly more evocative than Dora Detring-Nathan, which was our latest forgotten bombshell’s real name. Sari did have a cosmopolitan start in life, being born in China to a British father and Austrian mother, and educated in England, Germany, Switzerland and Austria.

Sari only worked in films between 1930 and 1934, starting with low-budget efforts in Britain and Germany, then having a brief time at Paramount in Hollywood. Paramount was looking for a continental actress to be the next Garbo or Dietrich; neither Sari’s films or her acting took her to that level and she cheerfully admitted getting out of films when she married because she couldn’t act. But what a photo she took!
Labels: 1930s film forgotten bombshells