A weekend with bad men [DVD/books] 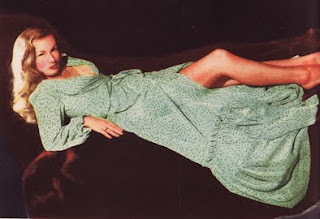 It's lurgytime here at Casa Mechanica! Well, it's been lurgytime for me for nearly a month now, with coughs and virii culminating this week in a chest infection. I took my final antibiotic today and hopefully that will be the end of it for me, but Mr Robot is stuck on the sofa as now he's poorly. Anyway, this meant a change of Easter plans, with a big dinner being postponed in favour of a weekend of rest, so I've been knitting, reading and watching films.

I read/watch a lot crime fiction, but this weekend I've gone a little later than usual, reading two books by Mickey Spillane, I, The Jury (1947) and My Gun is Quick (1950) and watching the 1942 film This Gun for Hire and 1955's The Fast and the Furious. This Gun For Hire was pure noir, based on a Graham Greene novel, and Veronica Lake and Alan Ladd's first film together. She's a singer, going to LA to investigate the passing on of industrial secrets to America's enemies, while Ladd plays Raven, a contract killer searching for the client who double-crossed him. I felt Lake's songs were misplaced, detracting from the tautness of the rest of the story, but overall it was jolly enjoyable. (The photo of Veronica is from one of my vintage film books, Preview 1950.) 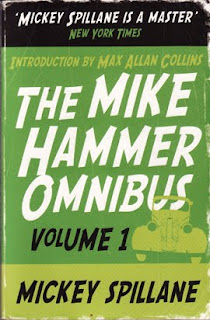 The two books and other film really made me realise how quickly noir vanished after the Second World War. The Spillane novels have a lot in common with earlier books by Hammett and Chandler, yet are much more violent and brutal (and the prose style is far less elegant). I was annoyed at how predictable the stories were, but then they're not whodunnits, they're revenge stories. The point is not for Mike Hammer to discover who killed his friends, it's to find them and kill them.

The Fast and the Furious was an odd film. My expectations dropped as soon as I realised it was a Roger Corman film. It's a horrible mishmash of things; female racing driver Connie (in an amazing white Jaguar which is the best thing in the film) gets kidnapped from a diner by a man, Frank Webster, who's wanted for murder; he decides to enter a road race to Mexico to avoid the authorities. His character is written half the time as a complete thug, half as someone who's been set up and is honest and misunderstood. Far too much of the film is taken up with Connie and Frank getting to the race, then there's some flannel with an old boyfriend of Connie's, and in the end there's not nearly enough racing. What is clear is that the bad man of noir has, by this point in time, morphed into the juvenile delinquent.

I've been enjoying all this reading and watching, but on the whole I think I like my crime films to be noir and my crime fiction more complex, and less vicious.
Labels: 1940s 1950s books crime film noir