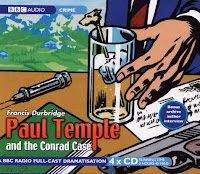 I am 37 today! Hoorah! I got stuck at a café table next to some very young students a week or so ago (sixth formers rather than undregraduates) and they were discussing how they couldn't possibly celebrate when they turn 30. I wanted to laugh. Being 30 was fine, and I suspect 40, 50, 60 and 70 are going to be pretty ripping too. My family tend to live into their 80s, so if I don't make it to my 80th I'm going to be one ticked-off ghost. Anyway, if you have a 'big' birthday coming up and it's daunting, the best piece of advice anyone's given me on the matter is this: you should do something you've always wanted to do for your birthday. I had my hair dyed pastel blue for my 30th, and for my 40th I'm going to learn to Charleston and go to Burgh Island. Being 40 is going to be great.

As this is my 37th I have nothing special planned, but I have had some nice presents. I got a couple of great CDs: the radio drama Paul Temple and the Conrad Case starring Peter Coke and Marjorie Westbury, a 3 CD set of Louis Armstrong recordings from the 1940s, and a DVD of The Lost World from 1925. No complete version of the film exists, and this was compiled from several copies. I also got a set of Warren Ellis' Planetary comics from my friend Kai. As they're about an organisation tracking down the world's secret history, they are definitely Crinoline Robot subject matter, so I look forward to writing about them soon. My workmates got me two skeins of Fyberspates Scrumptious Laceweight yarn to knit the Jersey with a Soft Bow from A Stitch in Time, and a fab knitting bag made from fabric depicting classic Halloween monsters from Rhian, the Crafty Geek. I love old-school monsters! 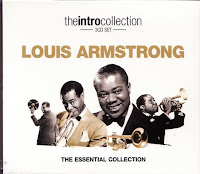 Incidentally, Paul Temple and the Margo Mystery is being broadcast on Radio 7 in the evenings at the moment. The first episode was yesterday and should be on iPlayer. I haven't checked when it was originally broadcast but it sounded 60s to me from the incidental music and character types. I was very impressed with this one as Steve managed to get herself kidnapped before Paul even had a case to work – match that, Penelope Pitstop!
Labels: 1920s 1940s 1960s film Music radio robot data science fiction