Jonathan Green has written most of the novels in Abaddon Books' 'Pax Britannia' series. If you're not familiar with the publisher, they have several ongoing series such as 'The Afterblight Chronicles' (post-viral apocalypse tales) and 'Tomes of the Dead'. 'Pax Britannia' is the only series that's really in Crinoline Robot territory as it's steampunk, set in a 1990s Britain where Queen Victoria was never allowed to die, and robot policemen rub tin shoulders with men in frock coats.

Blood Royal is one of the more recent novels centred on Green's dandy hero, Ulysses Quicksilver. Along with his faithful manservant he's already spent several books battling mad vivsectionists and evil scientists in the service of barely-living Queen and rather ravaged country. Unlike a lot of steampunk, which tends to focus on machines and mechanical things, most of Green's books do have a more biological/genetic theme, and this one is no exception: a haemotologist schoolmate of Ulysses seeks him out, first to rescue, then to look after, his daughter. He dies, leaving Ulysses to trek across Europe to work out what he was working on, why he was killed for it, and finally put an end to the blood-related skulduggery.

I have a fondness for Abaddon's output – and perhaps you can take 'fond' in its medieval as well as modern sense here – because I do like a bit of unashamed pulp, and none of their books pretend to be anything else. Blood Royal is not a good book in any literary way, and sometimes it does feel as though someone's asked an eight-year-old, 'What's cool?'. Giant locusts, mad scientists, serial-killing automata, airships, werewolves, vampires, and Rasputin? Let's have all that, and some dinosaur-herding Mongolian nomads too, eh? The narrative careens from set piece to set piece with next to nothing in the way of foreshadowing, depth of characterisation, or verbal nuance (some of the grammatical errors made me wince). Still, those things aren't essential to pulp. Pulp needs to be fast, visceral and quite lowest-common-denominator, and Blood Royal manages those things really well. I've got the sequel, Dark Side, and I am genuinely looking forward to reading it.

So, a proper rare burger of a book: a bit bloody, and something of a mess at times, but when it's something fast and hot that you want, Blood Royal will satisfy your appetite.

Disclaimer: I was given this book by someone having a clear-out, and did not pay for it.
Labels: books pulp steampunk 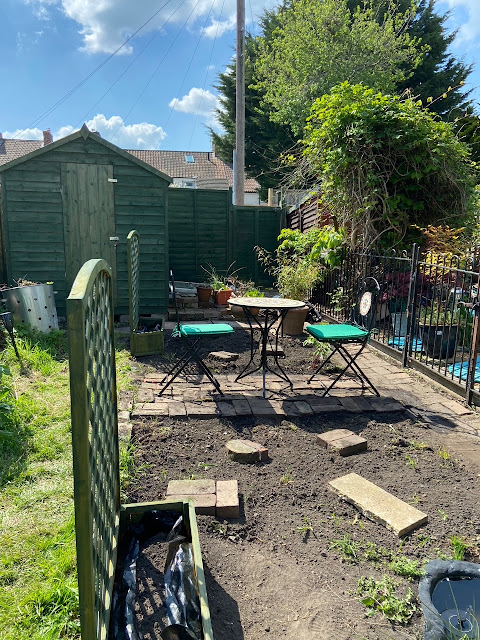