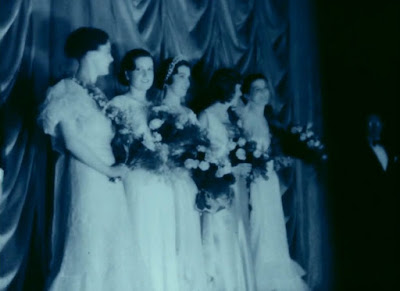 Britain on Film is a new digitisation project led by the British Film Institute, aiming to show the lives of British people over the past century. You can search the collection by location, decade or subject (for example, Factories, Street Scenes or even State Visits!). It includes classic TV programmes and feature films, but also documentary footage and home movies. Not all of the content is free to watch -  you'll need to pay for some of the films - but a good portion of it is. Also, you have to be in the UK to see the films.

The one drawback of the project is its urban bias. If you're looking at a big English city - Birmingham, Manchester, Leeds and so on - you'll find plenty of footage. In Wales, Cardiff and a few other places, especially Aberystwyth and Llandudno are well covered. I was surprised at the relatively low coverage for the big Scottish cities; Edinburgh was on a par with Aberystwyth or Norwich. And if you're looking at a rural area, like where I live, there's very little at all. I guess that reflects the places where people tended to make film, and the places people made films about, though I was quite surprised to see just five entries (at present) for Bath.

That said, if you're interested in a decade, or a particular topic, rather than a location, you'll find plenty to enjoy. The holiday footage is particularly good for giving you an idea of what people actually wore (as opposed to film stars or pin-ups). The picture at the top of the post is from 1936's 'Regis Review' of Bognor Regis and is from Carnival Week. The second image is from 1920's 'The Broads of Norfolk and Suffolk'. 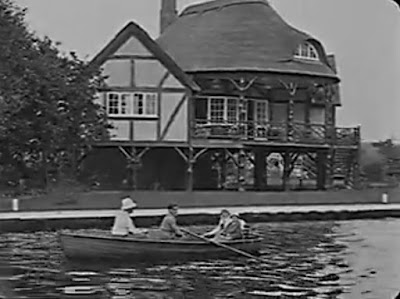