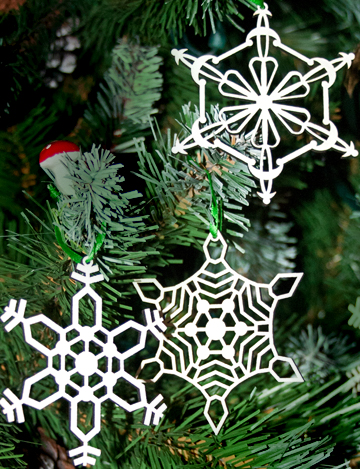 Happy Thanksgiving, if you're in the US! I must admit, I always think of it as akin to a British Harvest Festival (probably because of the association with crops) and so the timing takes me aback every year because it's about three months later. It must be nice to have something falling in November to prevent the slide into Christmas mania; here in the UK Halloween acts as a bit of a brake, and Bonfire Night slows things down a little, but after that it's nearly two solid months of CHRISTMAS! CHRISTMAS! CHRISTMAS! and it can all get a bit much.

This year I must admit I'm feeling curmudgeonly about the number of 'traditional' things going on that aren't actually traditional here. Gemma highlighted one in her post on Christmas jumpers. They've only been a thing in the UK for the past decade, if that. Yet somehow masses of people have convinced themselves it's 'traditional', to the point where New Look's PRs asked Gemma to show photos of herself in them from years gone by. Seriously, if anyone British over the age of 20 can show me a photo of themself as a child under 10 in a Christmas jumper I'll... I'll... I'll eat a pound of sprouts! And Black Friday can bite me. Seriously, WHY IS THAT A THING? We don't have Thanksgiving, so how on earth are we having a 'day-after' Thanksgiving sales frenzy. Oh, hang on, that'd be those pesky PRs up to their old tricks again. Well, call me Scooby Doo, Raggy, because they're not getting away with it – this pesky kid can see right through them!

I've nothing against new things becoming customary, in fact I think the loveliest festive traditions are ones people make for themselves. I always have red-and-white toadstools on the Christmas tree because they were something we picked up in Germany when I was a child, and it's been part of my Christmas ever since. Mr Robot has bears. Nowadays, we always get together with our friends Matt and Lucy between Christmas and New Year for a slap up meal, and that's one of the best things about the holiday now for me. I bet you have your own personal traditions, whether it's wearing cracker hats all day, putting up the tree on a special date, or shunning turkey for a gammon joint. It's your holiday, your way. (And I'd love to hear about your personal celebrations.) Traditions come and go; very few people tell ghost stories for Christmas now, for example, but watching Elf seems to have become a much-loved staple for many people. It's being sold new 'traditions' that offends me. That and the fact that so many people seem to accept it. How much sherry trifle did they eat to be able to forget every Christmas they ever had, eh? Or were all their Christmasses so ghastly that they want to get all misty eyed about someone else's?

So here's my plea: if you're going to make a new tradition, make it for yourself, develop it over years and make it something special and uniquely yours. Don't simply buy it because someone somewhere is selling it to you, even if it does come with a Black Friday pricetag. And don't let someone brainwash you into thinking you should do (buy!) something because it's 'traditional' when you've never done it in your life!


And now for something completely different
On the work party dress front, I've decided to go with the navy Boden dress. It's got a vintage look, but isn't irreplaceable, and the fabric is probably sturdy enough to take whatever stresses I put on it. I doubt there'll be anything like a bouncy castle at the work party, but it's always best to be prepared for these things, don't you think? Should there be karaoke, I can always do the Monster Mash - It's a graveyard smash and, more importantly, requires absolutely no singing. Yup, all ready to party like a party animal. A traditional party animal.
Labels: aargh Christmas it wasn't broken and you're not fixing it