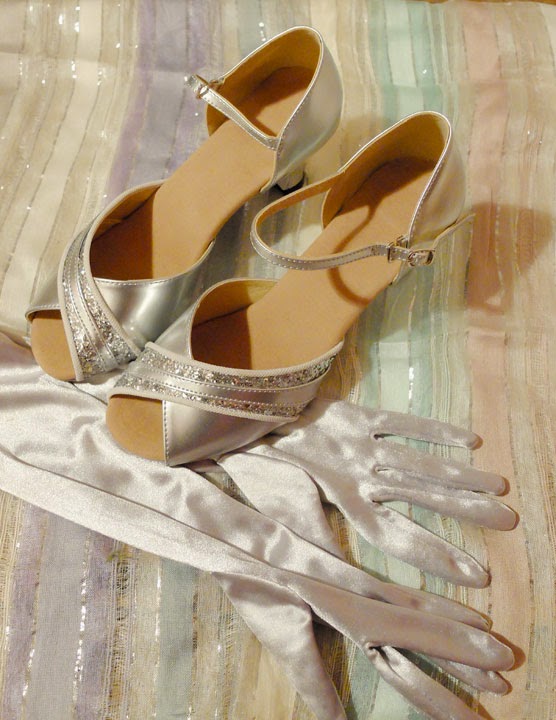 As I mentioned a while back, I've been having burlesque lessons. If you spend much time on anything, it starts to matter more to you, and lately as I've danced more I've been really assailed by doubts. There are the obvious ones – I am far too old and heavy to be doing it, and when it comes to dancing I'm as well co-ordinated as a colourblind clown. Then there are the worse fears, that every idea I have has been done before, usually many times and in many ways. Bride of Frankenstein? Done. 'Heart Attack and Vine'? Done. It reached the point where I just felt the best I'd manage was ripping everything off haphazardly in about 30 seconds, bellowing, “THERE'S MY GROWLER, HAPPY NOW?” at the audience and stamping off.

(I might try it. I don't think that's been done before.)

Of course, the worrying is all very silly of me, because the whole point of this is not to try to forge some glittering* stage career but to stop my stupid back from seizing up, and I'm happy to say that said back has been behaving perfectly since I started having the lessons. I really enjoyed learning the Charleston and doing it as part of a team every week, and I loved discovering some attractive ways to remove gloves and stockings. And if I feel bad about myself, well, I've been a lazy toad. Nothing's going to change my age, but makeup, attention to my nails and a regular plastering with body lotion will make a definite difference to how I look, and I can practice my moves more at home, which will improve my dancing. If I don't have looks to fall back on, I'd better put in twice the effort on my posing and moving.

I have two things making me want to keep going. Well, one thing really as it's all to do with costuming. First, I've just got the silver dance shoes at the top of this article, and it would be daft to give up before giving them a workout. It probably was a daft idea to get peep-toes, though, as they won't look very sexy with my stockings poking out the end. Maybe I'll buy some silver Christmas string and knit little socky toes to glue in the ends.

Second, Dulcie let us have a really good look at her stage costumes. I'm not up to making a corset or bra, but by crikey I know I can take a pair of M and S knickers and bra and embellish the hell out of them. Do I really want to quit before taking advantage of the excuse to make myself the world's sparkliest bikini? I'm not sure I do. I mean, I plaster on 1950s diamante jewellery for work, but this would be a whole new level of glitter. Glitter that I MUST HAVE. I hope Santa brings me a hotfix gun and some diamante.

WARNING: FOLLOWING LINKS MAY BE NSFW!
As part of putting in more effort, I've been watching a few YouTube videos of performances. It's been pretty instructive. I started out watching Vicky Butterfly, which was a big mistake as she is so beautiful and talented in an ethereal, perfect way that I just thought, “Give up, Mim. Give up now.” But I watched more. Dulcie had recommended Anna Fur Laxis, and while she is also gorgeous and talented, there was an earthiness and a sense of fun to her performances that I really enjoyed. I also watched footage of some performers competing for a 'Best Debut' prize, and that was great because they weren't as perfect as the big name pros. Oh, they were lovely to look at and had wonderful routines, but there was a slight jump between dance and reveal, or the reveal was ever so slightly less fluid than when the pros did the same thing. In short, it felt that bit more achievable. I plan to try writing down notes on the various glove removals to try on my own time.

I'm still not exactly sure why I'm doing this, or what I'll ever put into a performance, but I'm determined to go all the way to my graduation. BECAUSE GLITTER AIN'T FOR QUITTERS. 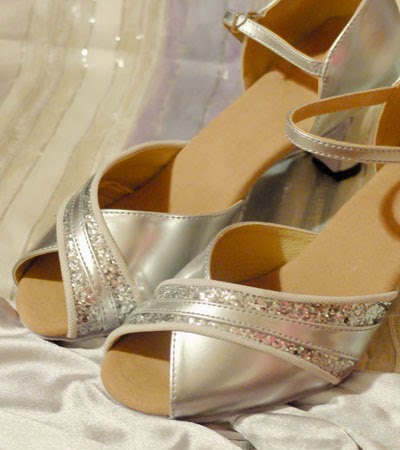 *On which note, thanks to all the lotions and sprays used in the dressing room, apparently burlesquers really do poop glitter. Like unicorns.
Labels: accessories burlesque shopping