Out of this World at the British Library 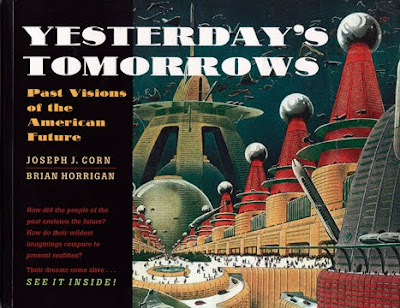 The other exhibition I visited in London last Saturday (as well as The Glamour of the Gods at the National Portrait Gallery) was Out of This World at the British Library. Of the two, this was definitely my favourite – it was free, it wasn't overcrowded and it had a ripping good shop where Mr R and I blew £90 between us. You can see the two books I bought here; I'll do a write-up of them at some point.


I already knew there would be objects in the exhibition as James Richardson-Brown had hurriedly built a new steampunk K9 for the Contraptions Exhibition at Waltz on the Wye as his other one was being used as part of the British Library exhibition. However, I had thought there would be more. The exhibition was almost entirely made up of books (well, it is a library). They were split up by themes, such as Alien Worlds, Future Worlds, Virtual Worlds and so on, and each theme had a series of books (and a couple of other things), arranged chronologically, showing developments of that theme in literature. There were some wonderful ancient books to be seen, but my favourites were definitely the books and magazines from the first half of the 20th century. I'm such a sucker for the lurid colours and bold headlines. 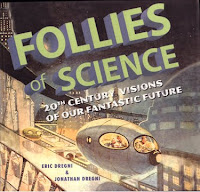 In the shop you can buy many things relating to the exhibition, including copies of many of the novels mentioned, plus postcards, badges and other fripperies. I got a War of the Worlds tea towel and was very tempted to get a Frankenstein pop-up book for my eldest goddaughter, but in the end settled for books that appealed to my love of the future past.

The exhibition is on until the 25th of September, and I'd definitely recommend dropping in if you're passing through Kings Cross/ St Pancras and have time to spare.
Labels: books exhibition London science fiction