The Mummy – and friends – returns 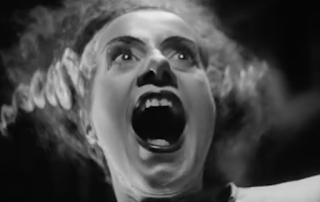 If you're a monster movie fan – and I know a few people who read this blog are, Melanie for one – you might view the news that Universal is bringing back its classic movie monsters with some trepidation. The first film, due to be released this year, will be The Mummy, with a Bride of Frankenstein one scheduled for 2019.


Yup, Bride of Frankenstein. No, you haven't missed Frankenstein, they just appear to be skipping that one. Likewise, the Creature from the Black Lagoon, the Wolfman and the Invisible Man are all slated to get their own films, but instead of Dracula there's a Van Helsing one pencilled in. I guess Frankenstein and Dracula are seen as simply too well known to be big draws. There may well be other changes as well, as The Mummy in this film is female, and the character list includes 'Dr Henry Jekyll'. Just like Marvel and DC, it seems Universal is keen to get a slice of Extended Universe pie, making the most of a lot of its most famous characters in what it's calling the Dark Universe, though Marvel and DC characters appear on both film and television, whereas there's no news of Universal producing anything for the telly (yet).

As the new films are going to have modern settings, I think they will be different enough from the 1930s-40s ones that if they're terrible, they won't spoil my love of the originals, which is a good thing. And if they lead curious viewers back to those vintage gems, so much the better. But I'm honestly not sure if I'm interested in these enough to shell out to see them at the cinema, whereas I'm still dead keen to go and see Wonder Woman. What do you think? Sounds great, or sounds terrible, or not fussed about monsters either way?
Labels: film horror