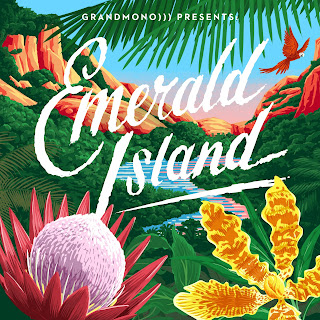 When we went to see Caro Emerald live, I felt her new songs had an Ennio Morricone feel, as though they'd been influenced by the composer behind the soundtracks from the great spaghetti westerns. There was something about the arrangements… That meant I started listening to this EP expecting all sorts of odd instruments and sound effects, noticeable changes in tempo and so on. Yet I don't get that from the EP; tonally it feels closer to Deleted Scenes From The Cutting Room Floor than The Shocking Miss Emerald, but it's unmistakably Caro.

Caro's said that it was inspired by the 'exotica' genre of the 1950s/60s, but that doesn't come through half as much in the recordings as it does when the songs are played live. There's a mariachi note to the brass in 'Never Ever' , and plenty of brass in 'Whatchugot', but that sounds relatively modern to my ears, in the same way 'Back It Up' from Deleted Scenes does.

I prefer Shocking Miss to Cutting Room, and I think I prefer Cutting Room to this. 'The Ghost Of You', with its tango feel, and 'Tahitian Skies', which has a strangely-shifting melody, are my favourites, but there's nothing as immediately catchy as 'Liquid Lunch' or 'Pack Up The Louie'. Perhaps if I listen to it more I'll fall in love with it, but at the moment, this is one I don't feel is essential.
Labels: Music