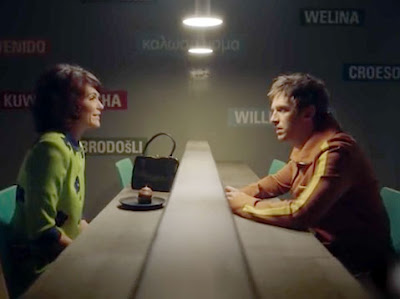 Long-term readers of the Robot will know I love a bit of action, whether it's Edwardian tales of derring-do, 1960s spy-fi or modern comics movies. But I always try to keep things vintage for the blog, so you won't catch me waffling on about, say, Guardians of the Galaxy or Agents of Shield here. New Marvel series Legion has, however, left me in a bit of a quandary because it's not 60s – yet in a way, it is.

The lead character, David Haller, has spent years thinking the voices he's hearing are all in his head. Now he's discovered he does actually have superhuman abilities, but it also seems like he has mental health issues too. He's unsettled in himself, and the programme's makers have deliberately blended together 1960s and 1970s elements in order to unsettle the viewer too. (Not just any old 60s, either: A Clockwork Orange was one of programme maker Noah Hawley's big influences. The psychiatric hospital in the show is even called Clockworks.) Watching the first episode, Mr Robot and I weren't entirely sure when it was set. 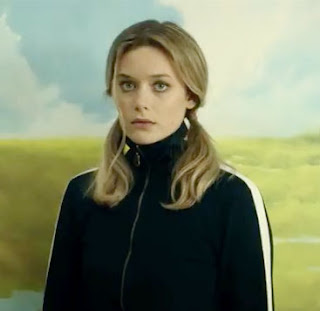 The costumes are a fab mix of 60s and current. I can take or leave (okay, leave) the tracksuits Syd, David et al wear in the psychiatric hospital, but David's sister Amy wears a fantastic flowery suit at one point, and that's in the image at the top of this page. Costume designer Carol Case said, in an interview with racked.com, that it was directly influenced by Mary Quant. Also, I need her handbag. The general look of Syd, fellow mutant and David's sort-of girlfriend, were based on Brigitte Bardot's classic style, with tousled hair and wide headbands, or loose, low ponytails. (Her name is Sydney Barrett - how obvious a nod to the 60s is that?) The show is filmed in Toronto, and Carol Case bought pieces from a number of the vintage shops around the city, though she designed most of Amy and Syd's stuff herself. 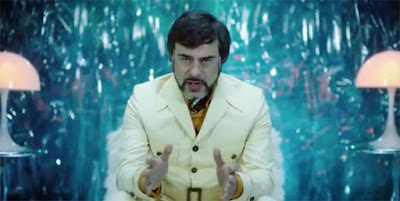 Possibly the only person and place that feel completely period, where it isn't downright weird, are Oliver Bird and his home. He's been imprisoned on the astral plane for 20 years, so since the mid-90s, yet his safari suit and white plastic furniture makes him and his icy home feel like they date from at least two more decades before that. The more I look at that 'icy' background, the more it looks like something out of classic retro science fiction television - not the British sort where most of the sets were made of cardboard, but Star Trek or Buck Rogers.

I know it's going to be too much to hope that this sparks an interest in more 60s-esque styles – knowing my luck, if it sets any trend it'll just be for tracksuits, but I can hope. Have you watched Legion?
Labels: science fiction television