Stranger Things: a dream inside a nightmare 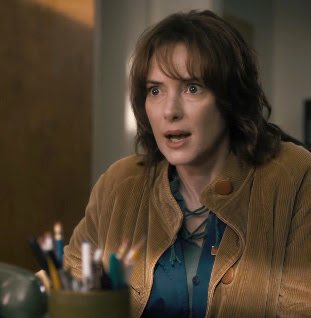 YES it's set in the 1980s and whether or not the 1980s counts as 'vintage' is a debate that will run and run till people start talking about the noughties as vintage*, but I'm going to talk about this 1980s-set horror series anyhow. In case you haven't come across it, Stranger Things is on Netflix, and the cast includes Winona Ryder (one of my all-time girlcrushes along with Helena Bonham Carter) as the mother of a young boy who goes missing.


I absolutely loved Stranger Things. I've always said if you start getting nostalgic for your own life, you're in big trouble, but so much of it did ring so many bells. It borrows shamelessly from films and stories of the decade, making people old enough to remember them feel the way they did so many years ago. ET, Nightmare on Elm Street, Stand By Me... so many things came back to me while watching this. It made it very hard to assess the series, because I couldn't detach it from all the things it was reminding me of.

It was interesting talking about the programme with my friend Matt, as he's not actually old enough to remember that part of the 1980s. He felt it was perfect. I feel it's too perfect – not that I didn't love it, but in its perfection, it isn't real. It's like an HDR photo of the era, every detail sharp and brought out. From the music to the film echoes to the game of D&D the kids play, Stranger Things is made up of things that have survived from the 1980s to today, the things we all think of. Even nerdy Barb is the picture-perfect nerdy girl, somehow cool in her mum jeans and frilly jumpers. What's missing is all the mediocre stuff. 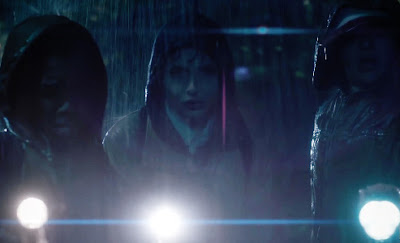 Let's go back to the 1950s for a moment. Think of some really good 1950s music. Bet Mark Wynter isn't in there. He was massively popular, but good? I don't think so. He's not an artist that springs to mind when you think of the 1950s. We forget the average stuff. Likewise, there's the occasional gem that only reaches a few people, or that's popular for a few months but then slips from the popular cultural memory. And things that exist in a time without exemplifying it also get forgotten; country and western music had big audiences in the 1980s, but unless you're fond of the genre, it's unlikely ever to say '80s' to you.

Stranger Things, in style and setting, is a sort of collective dream of the 1980s, stripped of the mediocre music and removed from the serious politics (AIDS, the anti-apartheid campaigning, and pretty much any other major news event you could name didn't come into it). It's not the 1980s. It's better than the real thing.