How to moth-proof your wardrobe 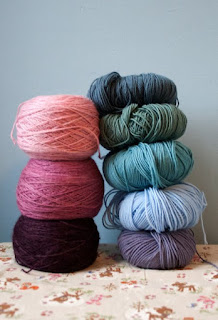 Clothes moths. Horrible things. If your taste in vintage leans more to the 1960s and 1970s, when polyester and other synthetics really came into vogue, you might not care about them so much – moths have no taste for crimplene. However, if your tastes are a little earlier, or you're a knitter, or you're mad about felt hats, you will understand exactly why I hate them so much. Those tiny, flittering, harmless looking things can wreak havoc on clothes.

I'd noticed a few moths flitting about the bedroom recently, and while I wasn't 100% certain they were clothes moths, I wasn't taking any chances. I decided to give the wardrobes and drawers a proper-deep down mothproofing. It's a simple enough process, if fairly time consuming.

You need a vacuum cleaner, mothproofing spray, and anti-moth hangers or balls (I use Zensect balls, as they change from orange to white when they're used up, so it's easy to see when they need changing.)

Tackle each section bit by bit. I started with my wardrobe, taking the suitcases off the top, hoovering them, wiping down the top of the wardrobe, then putting the cases back. Then everything came out of the wardrobe. EVERYTHING. This was actually a good time to check if I'd put anything away when it needed mending, to see if anything should be sent to the charity shop, and to see if there was any evidence of the dreaded moths. (There was none; my dresses were safe.) I hoovered the wardrobe, sprayed it with the mothproofer, and when it was dry returned everything to the wardrobe. It's important to spray right into the corners of wardrobes as moths and their larvae can lurk in cracks and crevices. And, of course, don't spray anywhere where animals are likely to go. The cats aren't allowed in the wardrobes, so I didn't have to worry about that.

After that came my drawers (ooh, matron!). They were removed, hoovered, and sprayed, as was the chest of drawers. Because I'd identified a few things I was never going to wear again (good stuff for the charity shop, stuff that was simply unwearably tatty for the bin), there was more room in the drawers and wardrobe, so there was more room to put everything away neatly, with Zensect balls in between layers for added protection. Not only are my clothes now safer, they're hung up more neatly, and it's easier to choose what to wear because they're easier to see. 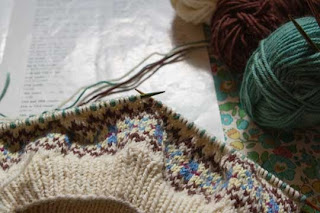 Doing the jumper cupboard is always a worry. Moths love animal fibres, and I always fear discovering a munched handknit. Realistically that's unlikely, as I wear my woollies regularly and it's the stuff you ignore that's most likely to become a moth buffet. That's why people often only realise they've got a moth problem at the end of the summer, when they go to get their jumpers and tweeds out, and the moths have had several months to set up home. The jumper cupboard was clear of the little blighters too.

In the end, I found only one thing with any damage, and that was in Mr Robot's wardrobe. He'd piled a lot of things in the bottom, including a grey wool jumper, which had been munched. However, his wardrobe got the same treatment as mine, so it should be safe now. The jumper went in the bin.

I've still got my yarn boxes to sort through, though they seem okay - they've always got Zensect balls inside. And there's my big trunk, which has a lot of craft stuff, duvet covers and a couple of vintage dresses in (they're too small for me, but I love them). However, the moths seem to be beaten for now.
Labels: aargh clothing