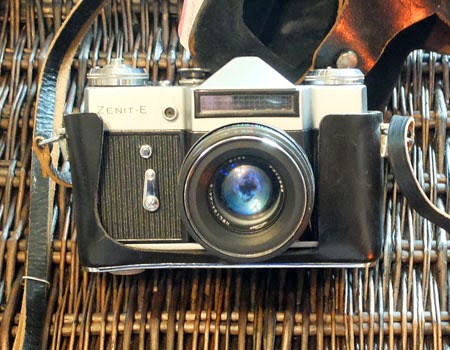 Don't you just love an old camera? I posted recently about my Fujifilm X20, a modern camera with a retro look, but over the weekend my husband got himself the real deal: this old Zenit E. We have a few vintage cameras kicking about the house; they're inexpensive, and nice objects in themselves. Plus you learn a lot about photography from using one.

The Zenit E was a Russian-made camera, and existed in this form (more or less) from 1967 to 1982. I'm not sure when this one dates from, but it does have the classic 'Helios' lens. It cost £2 in a local hospice charity shop because the lens was broken, but having given it a good look over, the focus ring is extremely loose but everything appears to be working, so we'll give it a clean and see how it performs with a roll of film inside it. 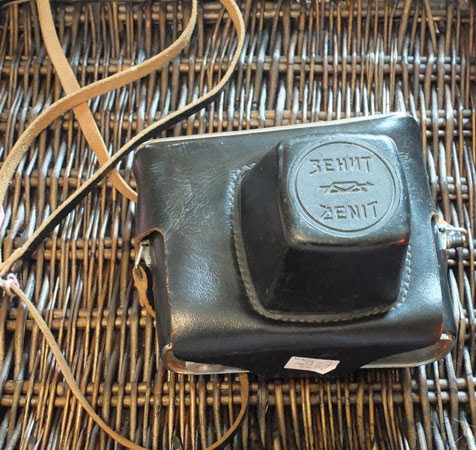 It even came with its original case, which is nice. There's a bit of wear on the paint, but the Zenit E was made with an all-in-one aluminium body, so they're very rugged. (Most camera manufacturers still don't do that, although Nikon has just released it's first D-SLR with a monocoque body.) Someone clearly got plenty of good use out of their Zenit. I wonder what places it's been to?...
Labels: camera charity shopping