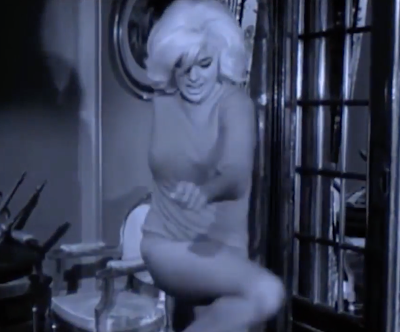 I had my first go-go lesson over Zoom yesterday. (As I mentioned before, it's a class run by the Meyer Dancers.) Afterwards I had two main observations:

1: It was tremendous fun.

2: I don't sweat so hard on the crosstrainer at the gym. It's one serious workout!

If you've been reading this blog for some time you'll know I had burlesque lessons a few years ago. Because of that, both the warm-up routine before the class and the cooldown afterwards incorporated moves I was familiar with.

After the warm-up we learned a step called 'the pony', which I am rubbish at. That's okay; I'm well aware how poorly co-ordinated I am. Because my co-ordination's poor, I tended to do slower stuff at burlesque. You can't do that with go-go. I'll just have to try to practise the pony around the house before the next class. This was also the sweaty part. Stepping rapidly is great cardiovascular exercise, as good as jogging. We ponied from side to side, around in a circle, and back and forth.

The meaty bit of the lesson was next, learning the first half of a routine to 'Chick Habit' by April March (the song uses the tune of 'Laisse tomber les filles', written by Serge Gainsbourg and recorded by France Galle in 1964). I actually found it easier to do the moves with music playing.

Then it was the cooldown. I felt the exercise in the back of one leg straight after the class, and today my shoulders and neck have been a little stiff but not sore. Given how out of dance practice I am, that's not bad.

I really enjoyed the class and am very much looking forward to the next one. Doing it through Zoom meant I didn't feel self-conscious at all. My wiggles aren't great and my pony's worse, but I signed up because I wanted to learn and have a way to get a little more exercise that didn't involve the gym or leaving the house – we'll probably be all locked down again by the end of October – and it was fun. At 46, I'm not going to be troubling any nightclub podiums. Now, if you'll excuse me, I'm off to practise my pony...