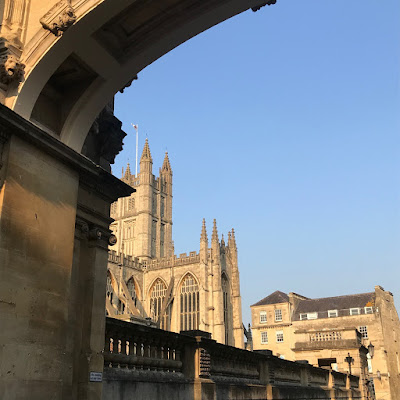 No, there hasn't been masses of vintage in my life lately, I'm afraid, though I have dragged myself to the gym a couple of times in the past week, so I may be able to get back into my lovely old clothes sooner or later. I'm slightly disappointed with myself, as it would've been nice to wear something appropriate for go-go lessons on Sunday, but as it is I'll have to wear leggings and a T-shirt.

We've got this week and next week off, as at the start of the year we had expected to be going away right now on our annual wedding anniversary holiday. Instead we've been to the supermarket, and taken the Urchins to the vet for their annual checkup and vaccination. They're fine, though they need to go back in a few months for a dental checkup. We've bought them some snacks that are supposed to help clean their teeth, but I suspect both of them will need to be anaethetised to have their teeth cleaned sooner or later. Being ex-feral, they're not going to let us brush their teeth. 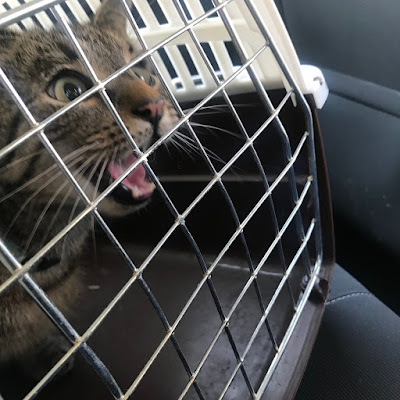 I did get dressed up in a favourite old – though not vintage old – outfit yesterday. My Boden poppy top and matching skirt usually get a bit of wear over the summer and are holiday staples, but as I've been stuck at home for months I've mostly lived in linen trousers and non-white tops. (I am a messy blighter.) Mr Robot had a dental appointment yesterday, though, so he booked a table at a restaurant we love and I popped those on, and the lapis necklace we got in India, and headed into Bath with him. 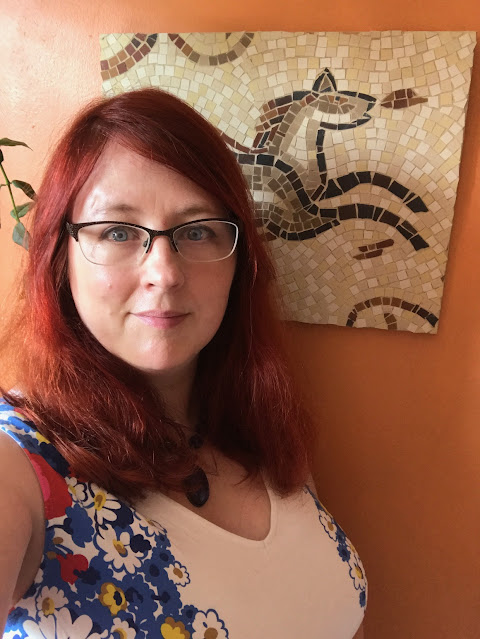 He didn't make it to the dentist in the end. We'd planned to get the train, which takes about 20 minutes. Sadly, there had been a fatality on the line towards Westbury earlier in the day, and when we got to the station there had been another in the Bradford direction. I felt so sorry for the people involved; it's a horribly sobering reminder of how stressful times are for many people right now. We got the bus to Bath, but it took much longer so Mr R had to rebook his appointment for next week.

Bath itself was reassuring. I gripe about the city – when you work somewhere, you tend to see the crowds and inconveniences, rather than the good bits. But being back on a sunny day, we really appreciated the beautiful buildings in a way we probably haven't in years. It helped that the city wasn't too crowded. There were plenty of tourists, but nowhere near the usual numbers. I ventured in a couple of shops too. Despite the mask, it was nice to do something as once-normal as browse in a shop. 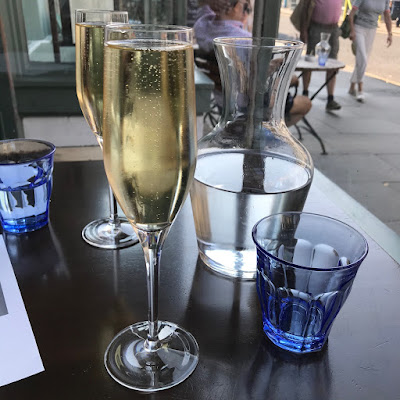 Then it was time for our lunch, which was just lovely. Chez Dominique is somewhere we've been to a few times, but earlier this year it got a rave review from food writer Tom Parker-Bowles and we thought we'd never find it easy to get a table again. Being back felt so cheering. We started with prosecco with poire William as an aperitif, then I had a salad of chicory, roquefort, poached pear and truffle butter, while Mr R had a smoked duck and beetroot salad. My main was hake with borlotti beans, samphire and tapenade; he had steak with cafe de Paris butter and chips. (Or should they be fries, with that butter?) I finished off with creme caramel and walnut shortbread, and he had St Emilion au chocolat. Soooo good. And this was despite the restaurant running a slightly reduced menu at the moment (they have fewer tables, in order to increase space between diners). 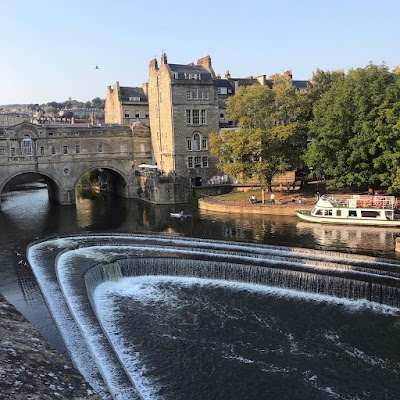 We've got another dinner planned next week for our wedding anniversary, but that'll be it for us then. (I'm assuming we'll be able to go, though parts of the UK are locking down again now.) We're still mostly living a socially distanced life, working from home and doing most of our socialising online. And we're lucky to be able to do that: to still be working, and in a way that minimises possible exposure to the 'rona. I hope you're taking good care of yourself and your loved ones too. Hopefully this time next year there'll be a vaccine, Mr Robot and I will be celebrating 20 years of marriage somewhere sunny, and we'll all look back on this as a strange memory. Stay safe! 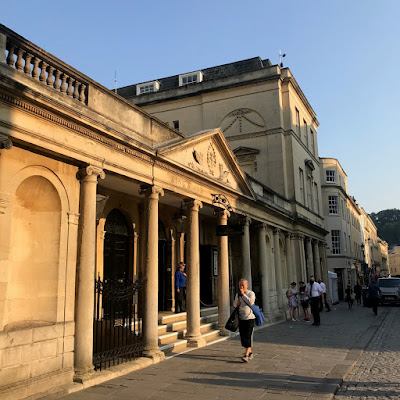