A special night out 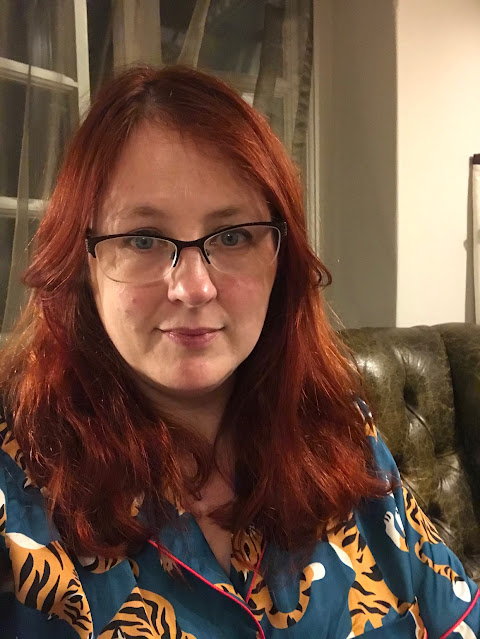 Yes, it's a Me. I don't put many photos of myself up on the blog right now because I'm not happy with the way I look, but you might just like to see a face occasionally. And these are the tiger pyjamas Mr Robot bought me for a wedding anniversary gift, because yesterday was our 19th anniversary and we spent it at The Hand And Flowers in Marlow.

Usually we're abroad for our wedding anniversary, and I booked a fortnight off work at the start of the year. We'd fully booked a week in Malaga in May, and that had to be cancelled, so we held off organising anything firm for this fortnight. In the end, with the British government seeming to spin a roulette wheel each week to choose which countries we'd have to isolate after visiting, we decided to just have one really luxurious night out in Britain.

Chef Tom Kerridge is well-known here in the UK but not as famous overseas. The Hand And Flowers is a bit of an oddity, as it's a pub with two Michelin stars. As well as the pub, Kerridge owns a few little cottages locally that are used as guest accommodation, and we spent the night in one of those. Given those two stars, it's not cheap, and that's putting it mildly. Our ageing Ford was surrounded by Porsches and Teslas in the little car park behind the pub. 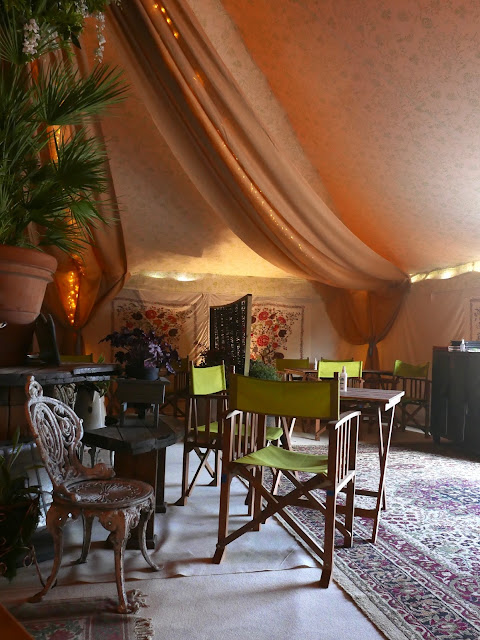 Because of covid restrictions, a marquee has been put outside the pub, making it possible for people not booked in for food (or arriving early for their meal) to have socially distanced drinks. That's where we checked in. It's been done really nicely, with carved wooden screens and terracotta planters and all sorts of heavy elements that ensured it felt more like a travelling tent than a temporary wedding reception venue, and without any of the barriers between tables being obtrusive. Here the space between us and other people felt like a luxury rather than a worrying necessity, though the staff were all kitted out in plastic visors and there was hand sanitiser at the entrance and more on each table. 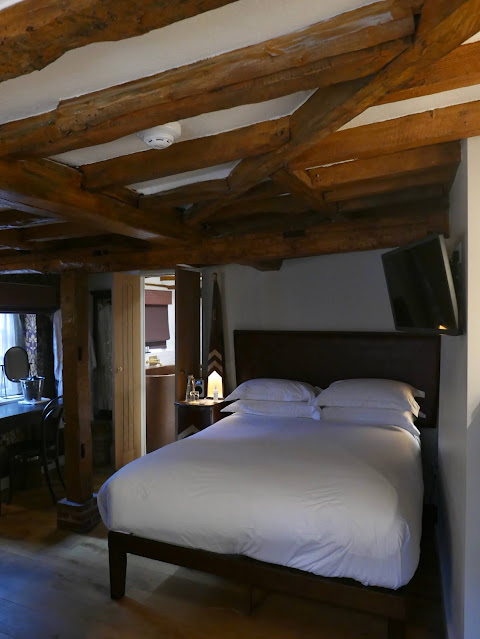 Our room was the ground floor of a very dinky cottage behind the pub – just a main room and bathroom. It had a lot of things in it that felt old, without feeling worn out. I liked that. Modern anonymous hotels really aren't my thing. The bathroom had an absolutely HUGE copper bathtub for two. 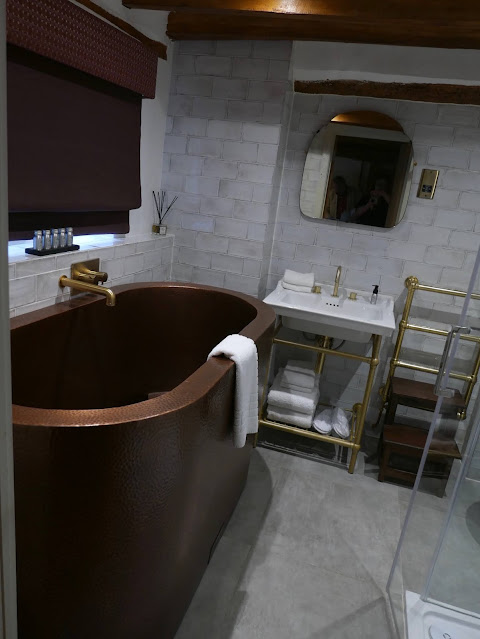 Mr Robot had ordered an afternoon tea hamper plus a half-bottle of champagne as a treat for when we got there. We'd been considering a walk around Marlow in the afternoon, but as we drove through it we realised it was way more built up than we'd expected (that's the Home Counties, eh?), and as we'd had a pint each in the marquee and then champoo, we decided just to relax in our room, and I treated myself to a dip in the giant tub instead. 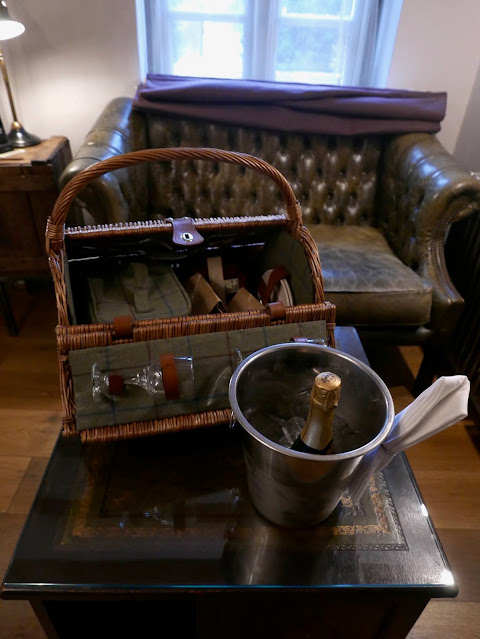 We were still pretty full when we went for our meal in the pub (again very well spaced from other guests, with lots of sanitiser around the place). We both enjoyed the food, but skipped pudding as we were so stuffed. To our horror we were presented with a basket containing a flask of malted milk and some home-made cookies to take back to our room; we ended up bringing the cookies home with us today. The meal didn't have the wow factor we'd anticipated – everything was top-notch, I just expected the food to surprise me more – but we went for the whole experience, not just to eat, and it was good to have a complete change of scenery, if only for one night. It was genuinely relaxing and cheering.

And now we're home, to talk of people panic buying again, and possibly more closures ahead. I didn't go back into the office at the start of September, which turned out to be the right move. I just hope that when our 20th anniversary rolls around next year we're able to go back to Seville like we're planning. And I'll pack those tiger PJs for another outing.

Where will you head for when all this quarantining and isolating is behind us?