The joy of Herb 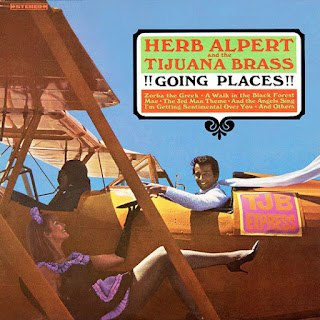 No, not the wacky baccy – never been my thing; I’d rather have a nice (and legal!) pint of beer. I’m talking about the one and only Mr Alpert, leader of the Tijuana Brass. How to describe Herb Alpert And The Tijuana Brass? ‘A non-Mexicans’ kitsch dream of Mexico’? The border town of Tijuana, where gambling and drinking were legal, attracted Americans during Prohibition, and through the 40s tourism grew. Herb Alpert was inspired by hearing a mariachi band at a bull fight and thus the band was born. The sound is not Mexican, it’s a dream of a fun break in Mexico, of cocktails and dancing and perhaps a holiday romance or two.


You will definitely know the track ‘Spanish Flea’. Over the decades since the 1960s the Tijuana Brass’ happy parpy brass-heavy music often got used for incidental music, particularly to accompany comedic footage of the 1960s. Spanish Flea was a particular favourite of programme makers. As a youngster I thought of it as a genre of music and it was only later that I realised most of what I’d thought of as ‘comic 60s telly music’ was by one band. Because it is kitsch, and emphatically of its time. Like beehive hairdos and Mondrian-esque dresses, as soon as you encounter it you think “1960s!” That’s probably one of the reasons why I like it. 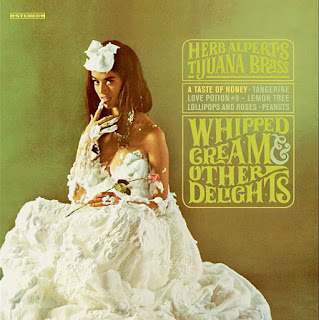 I do genuinely like a bit of Tijuana Brass. The Christmas album is a seasonal staple; as soon as December rolls round out it comes. (Okay, I’m an oddball and have been known to play it at any time of year. But it’s in regular rotation through December.) Music really affects my mood, and when I’m in need of something cheery and bouncy and a little silly, Herb is just the thing. It’s impossible to listen to it and not feel a little brighter, caught up in that strange dream of a holiday south of the border. Like all holidays it has to end. Sooner or later you long for home, or at least something with lyrics. Every now and then, though, when your life is lacking sunshine, it’s the perfect choice to brighten things up.

Do you like Herb Alpert and the Tijuana Brass or am I alone in this passion for 60s kitschy tunes?
Labels: 1960s Music