October means it’s time for our annual celebration of one spooky saucepot. This year we’re saluting a dapper gent who really should have featured here long before now: the suave Vincent Price.


Unlike many a Hollywood toff, Price really was a gentleman born, thanks to his grandfather inventing a type of baking powder. Price graduated from Yale and then studied art in London, where we terrible Brits led him astray, and he first took to the stage in 1934.

Never a classic leading man, Vincent Price’s first role in a horror film was in 1939’s Tower Of London (Boris Karloff was the star of that one), though he kept his dastardly end up playing villainous roles in many a 40s noir. With 1953’s House Of Wax, though, this horrendously handsome heartthrob moved properly into horror, all the better to make our… spines… tingle.

In the 1960s he worked with Roger Corman and the Poe-themed adaptations they made are, for me, among his most memorable work, all violent colours and battering-ram melodrama. You may prefer The Pit And The Pendulum, The Raven, or The Tomb Of Ligeia, but I’ll always vote for Masque Of The Red Death as his best film from that period.
He had further high-camp hits in the 1970s with the Dr Phibes films. Couldn’t get to the cinema? His voice could haunt your nightmares thanks to The Price Of Fear on BBC radio and a cameo on the Alice Cooper album Welcome To My Nightmare. He also appeared in an episode of fabulous furry freakshow The Muppet Show. 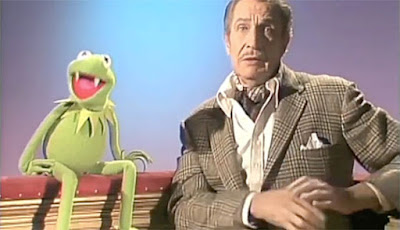 However, don’t dismiss Vincent Price as merely a horrifying hottie. A fantastic cook, he co-authored several cookbooks. He was also a passionate art collector. He and his wife supplied 90 pieces of art and funding to set up East Los Angeles College’s Vincent Price Art Museum, which is an incredibly impressive act of philanthropy. He denounced prejudice publicly, and supported gay rights. Behind the monstrous roles was a genuinely decent soul.