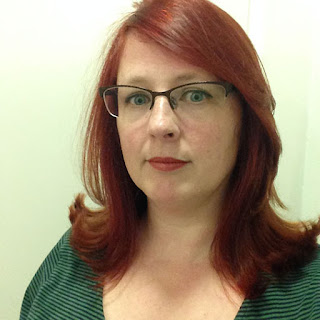 I did it! I finally got my hair cut. I went for the Emma Peel as it's longer than the Scully, so if it didn't work out it could be cut into a Scully next time, whereas the reverse wouldn't be possible. Turns out, all it takes cut-wise is for everything to be the same length, and after that it's all in the blow drying. The hairdresser didn't get as much volume into the roots as I'd have wanted, but I did carefully watch how she did the flicks. And then this week I've been out and bought all sorts of brushes, sticky stuffs AND a hairdryer so hopefully I can recreate it myself. I've yet to try that, so today it's exactly like it was before the cut, only shorter, ie messy. 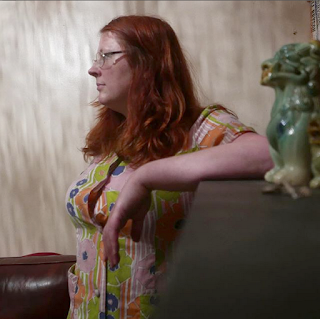 I have a new old dress. I've bought a few bits from Secondhand Rose of Worcester on Etsy, but this was on her Instagram feed and I snapped it up before it went in the online shop. I ordered it assuming it was 60s, then started to wonder – the lilac shade and the blocky, squared-off shapes of the flowers made me think. Anyhow, it's made by Fredrick Howard of London, and it's definitely vintage. I haven't been able to find out anything about the firm, but there's a reasonable amount of their 60s-70s stuff online and the label in this matches those. The print's got navy in, so should go with my Goody bag and Modshoes - and my lime green loafers, if I'm feeling more casual. There's a bit of gappage round the bust, but if I stick to my salads and exercise hopefully that will sort itself out. (Not that it has so far, wah!) 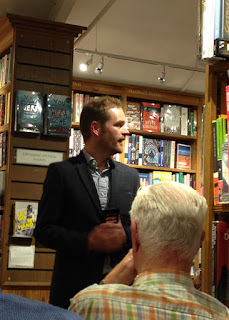 My friend Tim Weaver had his annual book launch. His new thriller, You Were Gone, is out now. The person who announced him said he is the 'fastest growing UK crime writer', which makes me imagine him putting on the inches day by day... obviously it's his sales that are growing, not him! 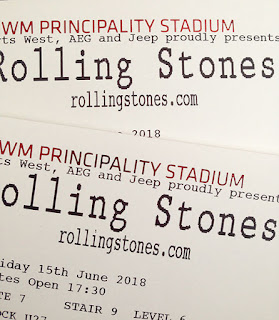 And Mr Robot and I are off to see The Rolling Stones later this month!
Labels: 1960s hair vintage week