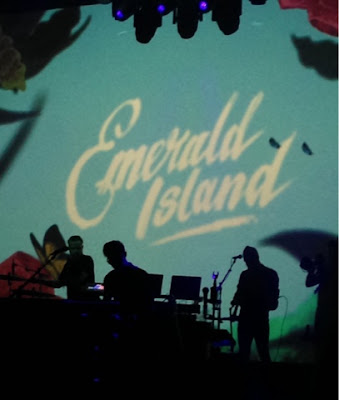 Caro Emerald is currently touring the UK, and yesterday Mr Robot and I went to see her performing in Cardiff. (I know, I know - I left the house and did something that wasn't charity shopping.)


We stayed overnight, at the Royal Hotel again - oldest hotel in Cardiff, fab location, and cheaper than many 'budget' chains; staying there is a bit of a no-brainer. We're still getting the Urchins used to us not being around all the time. Cardiff is only an hour and a half by train, so we were able to get home to them quickly today. Our next trip will be another overnighter, but further away. We both love Cardiff; it's a city that knows how to party. After a walk around to see what had changed, we enjoyed some Indian street food in 3B's Cafe in one of the Arcades. 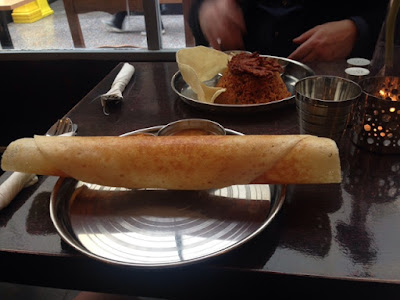 And then we went to a couple of our favourite pubs, the Rummer and the Goat Major. If the second name sounds odd, the battallions of the Royal Welsh army regiment have goats as their mascots (they always have the same names - first batallion: Billy; second batallion: Taffy; third batallion: Shenkin), and the Goat Major looks after the mascot. There are historic photos of the mascots all round the pub. I couldn't get a decent piccy of the Goat Major, though, so can only share the Rummer with you. 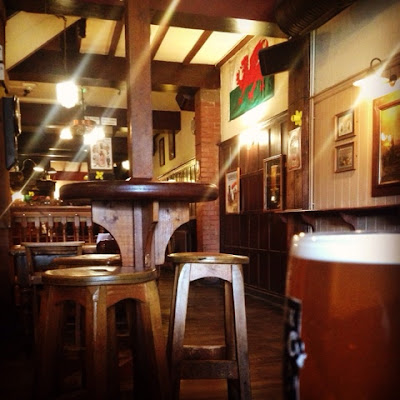 And so to the gig. We had great seats in the stalls. The support act, Irit, was weird but good: a little bit Parisian cafe jazz, flamenco-y guitar and a bluesy twist too. Irit, the singer, was accompanied by an accordion player and a guitarist. 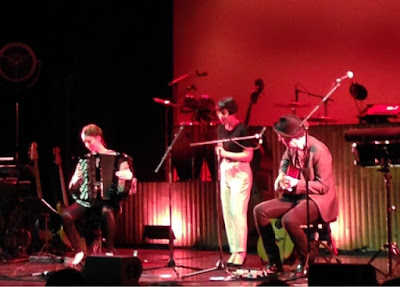 Caro Emerald was brilliant. Her voice is every bit as good live as it is on CD. I hadn't realised she was pregnant, and performing must have been hard work for her, but she put on a great show. As well as almost all of my favourites (no Pack Up The Louie, wah!) she did a number of tracks from her new Emerald Island EP. They were interesting; while you might expect a 30s/40s Latin influence, something a bit Carmen Miranda or Xavier Cugat, I thought it actually sounded as though she'd taken Ennio Morricone as an influence. Innnnnteresting. 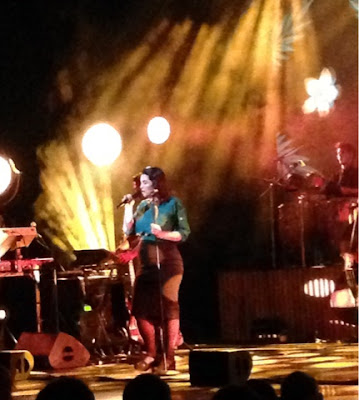 We got the Emerald Island EP, so I'll give it a good listen to and it'll get its own post. If you get the chance to see Caro Emerald on this tour, I'd definitely recommend it.
Labels: Cardiff Music Wales