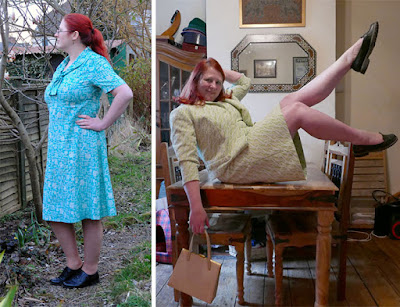 Every year I do a post looking at what I've bought, clothes-wise, over the past twelve months. What worked, what didn't, what I'd like more of, and so on. There's always some direction to this: a plan to get a couple more bags, move beyond the basics to something more stylish, that sort of thing. In last year's version of this post I said I felt I'd found a comfortable place, and didn't have many firm plans. I wanted more trousers – got those – and some pencil skirts – still need those. I wanted to wear a wider variety of my jewellery, which started out with me trying to wear a different piece each day, but that sort of backfired as I realised I wasn't wearing my favourite pieces in order to save them. But I did at least get more out of the box.


The truth is, right now I'm not really fussed about clothes. Part of that is that I'm currently unable to wear many of my favourites; 2017 is going to see some effort to lose some lard. I'm not desperate to be thin, but I do want to wear the things I got in 2015! But also (and this is a happier thing) I currently feel like I have enough. I have trousers for when I'm feeling lazy. Cotton dresses for hot days. Tartan skirts and knitwear for cold ones. Nice sparkly things to choose from. Comfy shoes. Buying something different isn't going to turn me into Tara King or Sharron Macready. Why not just enjoy what I've got?

2016: the hits
Most of the vintage things I bought and liked in 2016 were unplanned, and an awful lot were from Kinky Melon or another trader at Judy's Affordable Vintage Fair. I think of Judy's as like a slightly upscale version of charity shopping: I've no idea what I'm going to get, but it won't cost the earth. I've been really happy with the 1960s pieces I've bought over the past year, such as the two dresses at the top of the page.

I've also been really happy with stuff I've got from Seasalt. Boden's prints weren't really 'me' this year – and I know everyone sneers at Boden, but their stuff is good quality and comes in fatgirl sizes, so I like it. Seasalt is more casual in style, with lots of tunics and so on, but their unique prints have a deco feel that I really like. I bought a dress from them to take on holiday to Spain, and it wasn't cheap, but I've worn the dress loads and always feel good in it, so that makes it a win.

I've been finding a lot of repro annoying: it's simply not accurate enough for my liking. But the dresses Mr Robot got me from House of Foxy were fab, especially the Hostess dress, which has become my go-to for smart occasions.

2017
I want loafers and brogues in more interesting colours. I'll keep looking at Boden and Seasalt for tops with fun, interesting prints. I'll stick to that 60s silhouette. But other than that, I have no real plans. I'll see what drifts my way!

Have you got a clothing wishlist for the coming year?
Labels: charity shopping clothing