Go back a few decades, to around 1988 if you will, and picture Young Mim with Ozzy Osbourne stickers all over her High School work folders. I don't think I had a crush on Ozzy; really I just wanted to annoy people (those stickers were as close as I came to teen rebellion). But if you'd told Young Mim that one day she'd see the (almost) original Black Sabbath lineup live, she'd never have believed you. 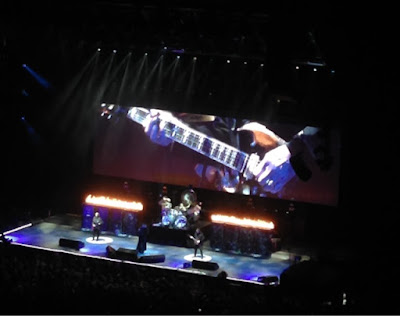 Honestly, Ozzy's split with the rest of the band in the late 70s was so acrimonious, I never thought you'd get him and guitarist Tony Iommi on the same stage again, but there they are, playing on Sunday night with original bassist Geezer Butler. Only original drummer Bill Ward stayed away. I'd been worried that they'd do a lot of later stuff from Sabs' career, but they stuck to the Ozzy-era stuff. 'War Pigs' was probably the highlight; why they did 'Fairies Wear Boots' instead of 'Symptom of the Universe' I'll never know.

I also turned back the clock with my clothes, not knowing what to expect from the crowd. I should have remembered: metal fans are almost always lovely, and everyone I encounteredxiw was polite and nice. However, as I hadn't been sure what to expect, I bought my first pair of jeans since the 1990s, and wore them with a plain black T-shirt. (Good grief, jeans are uncomfortable! How do people wear them?) Very low-key, and more teenaged me than modern me.

Earlier in the day I went fabric shopping with my friend Jenna, and we saw something much more to modern me's taste: 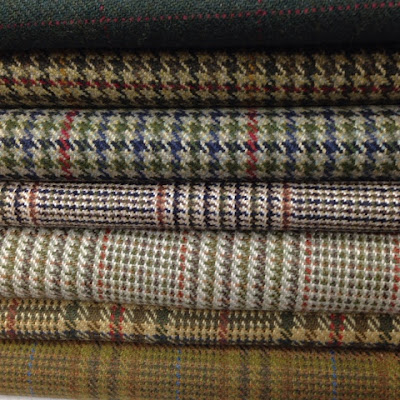