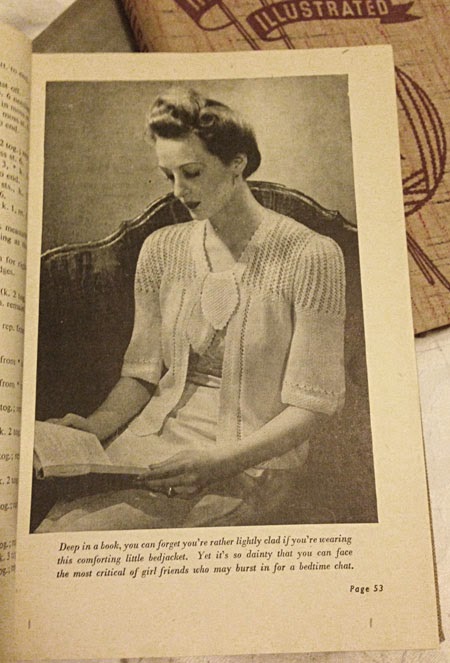 The first rule of the fair isle cardigan is, we won't talk about the fair isle cardigan. Well, probably I should talk about the cardigan: it's actually progressing jolly nicely, if at my usual slow speed. I'd probably be a bit further along with it had things not all gone horribly, horribly wrong in February, but now Mr Robot and I are adjusting to the New Normality better and I've picked up the cardigan again. It was weird trying to work out what stage I'd got to, and I am SO GLAD it is a fair isle design because the colour changes made it so much easier to work out what row I was on after a period not working on it. If it had been a plain colour, I'd have been all over the place trying to work out where in the armhole shaping I'd got to.

However, despite enjoying picking up my cardigan again, over on the All Things Vintage group on Ravelry they're having a knitalong from the Odhams series of knitting books, and I really want to join in with that. It's a bit naughty to cast on something new with a big project still on the needles, but I really fancy a new project for spring. It's a time for new beginnings, and I really fancy something fresh.

UnravelingSophia, the moderator of the group, posted publication dates for the Odhams books, including the ones that I own: Knit With Norbury is 1952, and I'd suspected all along that that one was late 40s/early 50s. I knew my other books were 1940s as the styling is so very much of that era, and it turns out that Knitting For All Illustrated was published in 1941 and Knitted Garments For All was 1944. 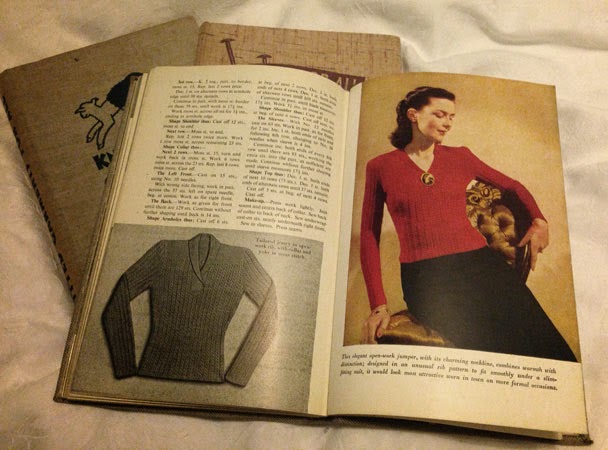 I dart around eras like some sort of retro magpie, going from being obsessed with the Jazz Age to mad about the late 50s/early 60s. The one period I'm really not into wearing the clothes from, mainly because the emphasis is so strongly on a narrow waist and mine's chunky, is the New Look period. Somehow I've also eschewed a lot of the 1940s too, despite a love of film noir and the fact that some 40s styles don't look bad on me. It's daft, really, because I love the practicality of many 1940s styles. The knitalong will be a good way to bring a little more of that era (which is also possibly my favourite for knitwear) into my wardrobe. 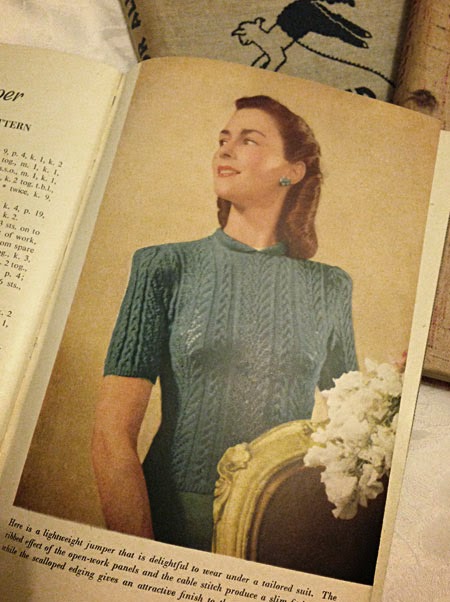 Now you've ploughed through my various excuses for not finishing my current knit before starting a new one, shall I talk about some of the designs I'm considering making? My first thought was to make the lacy bedjacket at the top of this post; I've wanted a bedjacket for ages but have never got round to making one. Then again, the temptation to wear it as a cardigan would be great, and would be the vintage equivalent of going out in pyjamas. Do I really want to put myself in the way of so much temptation? 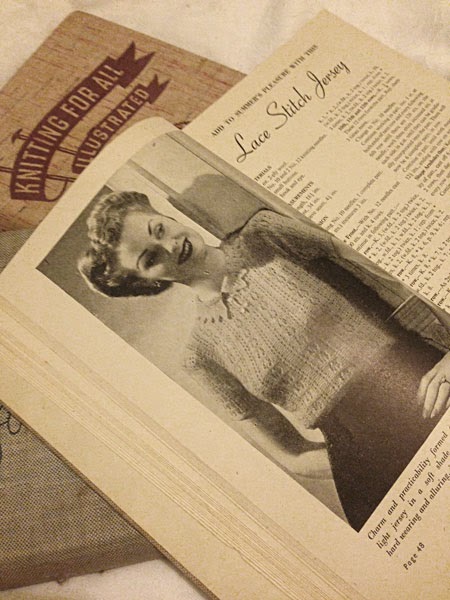 Thanks to my miracle spreadsheet, I've come to realise that I wear jumpers more than I thought I did, but not in the modern, something-to-layer-over-other-stuff sort of way. I do actually wear my jumpers in a vintage manner, as tops in their own right. The Odhams books has some nice patterns that would make smart substitutes for T-shirts or modern jersey tops - I still have a few of those, and am trying to wean myself off them. The red jumper is nice, but I know I get most wear out of my lacy Madeira jumper from Knit With Norbury. The blue jumper I've put up a picture of would be nice, but I think my favourite is the lace-stitch jersey below it. With its ornate collar and slightly baggier body, it's got more of a 1930s feel than the other two, and I do tend to favour more of a deco look. 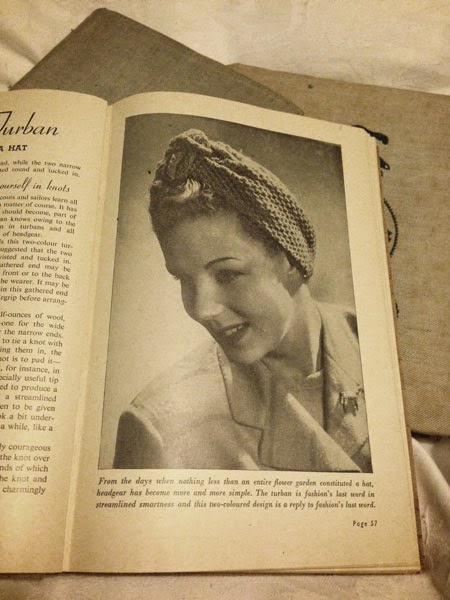 Of course, it'll mean buying more yarn, because I don't have enough of any one colour in the stash to make it, plus it calls for a finer yarn than I usually use. Maybe I'll just knit a turban...
Labels: 1940s knitting