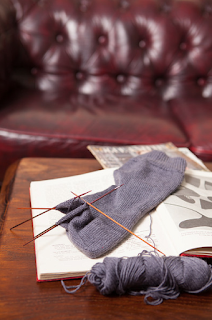 Oooh, I haven’t done a VW posting in aaaaages, usually because ‘read old books, knitted old pattern’ isn’t especially interesting week-in and week-out. However, this has been a more vintage-packed week than usual.

First though: Trowbridge and district vintage events news!
Yup, if you’re in this little corner of Wiltshire, there are a few things going on. The DS Big Band are playing at the Arc Theatre on the 22nd of June. That hasn’t had a lot of publicity; I spotted it by chance and we’ve already got tickets. If you like the late 1940s-1950s big band sound, come along. (They sell beer at the theatre...) Then a week later, as part of the Wiltshire Armed Forces and Veterns Celebrations held in the park in Trow, there’s going to be vintage music, weapons displays and, I believe, a vintage market on the 29th of June. (The market's not listed on the website, but I've seen it mentioned locally.) In previous years there have been a few military history groups, re-enactment clubs and former servicemen’s societies taking part in the Armed Forces events as well as serving military men and women, so it looks as though this year they’re building on that aspect a little.

Mr Robot has been rediscovering his love of the 1950s since the Vintage Nostalgia Show, and bought a few CDs. It’s been all rockabilly, all night chez Robot ever since! I like rockabilly; we’ve got a lot of 50s music around the house, and some I love (Julie London, Frank Sinatra) but a lot is just too sugary and teenaged. Rockabilly has a raw edge that appeals to me. My favourite song so far is Vince Taylor’s ‘Brand New Cadillac’.

We’ve been thinking of learning to jive, too. There are jive classes every Monday at the Civic Hall in Trowbridge. It’s modern jive, but we’re hoping to pick up enough to be able to dance without looking totally ridiculous at events. This is really exciting! Hopefully it’s be good exercise as well as good fun.

I still look crummy in 50s styles, though. I tried wearing a nice blouse and full skirt to work. The trouble was, it drew attention to the waist - and mine is really chunky. I looked like a Lego man with a frill round the middle! The problem is that I see things looking lovely on other people, and think they will look nice on me too, even though I know these are people who comment on having trouble finding things with a small enough waist/big enough hips in high street shops. People with the opposite body type to my own narrow hips and thick tum. I need to make myself a Pinterest gallery full of flappers and mods to find inspiration. Gah! Dress for the body you have, not the bodies other people have. I should paste that above my mirror. And, indeed, buy a mirror larger than A4, so my life ceases to be such a succession of Unfortunate Wardrobe Choices. Do you think an elasticated belt would help with waist definition, or should I give in gracefully and accept that hourglass fashions are never going to work on me?
Labels: vintage week wiltshire