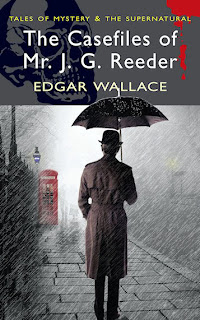 I have been hideously busy of late. I’ve mentioned doing craft swaps in the past. Well, my last parcel went astray, so I’ve been working like mad to complete a replacement (I knitted a shawl; not a small thing) and to do a half-parcel to help ‘angel’ for another person in the swap who hadn’t received a parcel. I finally finished that over Easter weekend.

I do a lot of worky things in my spare time, including now doing a column for Simply Knitting magazine. (First one is in the issue due on sale on the 17th of April, which is when my family will discover I have a blog as it’s mentioned in the mag. Erk! I don’t think I swear too much on my blog...) Anyway, I suddenly realised that my next deadline is waaaaay sooner than I’d thought, so am frantically working on my next piece for that. It's not the writing that's the problem, it's knitting something worth writing about.

I had vowed No More Swaps, but there’s an Addams Family one coming up. Should I? Definitely not. Will I? Almost certainly.

Anyway, amid beavering away making things, reviewing books, and repeatedly cleaning the dining room thanks to a strange cat getting in through the flap and spraying everywhere, I have found time to read The Casefiles of Mr JG Reeder, which I bought with some Amazon vouchers my mum gave me for Christmas. This volume is actually a collection of Edgar Wallace’s JG Reeder stories from the 1920s, Room 13, The Mind of Mr JG Reeder (a collection of short stories), and Terror Keep. I’d heard The Mind of Mr JG Reeder stories in the Crime & Thrillers hour on Radio 4 Extra. Mr Reeder isn’t your typical Edgar Wallace hero. He’s an old-fashioned-looking chap, positively Victorian, in fact, with his side-whiskers and tall hat. He's quite humble and polite, and attributes his success as an investigator to the fact he has a criminal mind.

As pretty much always with Edgar Wallace, I’ll slap a racism warning on this one. It’s so frustrating, because he only lapses into it a few times in Room 13 and there’s simply no need for it. It’s literally a few words and phrases describing an incidental character which could easily be deleted. Even so, I feel I should warn you of this.

The racism issue does lead me on to another point: Edgar Wallace doesn’t really write characters of any colour, he deals mainly in stereotypes, and even his lead characters are often a collection of traits stuck together to create a straw man just robust enough to support the storyline. If you can predict how a Wallace character would act in a given situation, it’s because that’s how the stereotype goes, not because you have a vivid impression of the character as a real person.

Wallace’s women are particularly sketchy, and his heroines are always young, middle-class, plucky types. You could swap the heroine from one story with one from another without making much difference. Even Miss Bellman, of whom Mr Reeder is fond, isn’t allowed to display much in the way of individuality. She doesn’t do anything that isn’t directly involved with the plot: no books to read or films to see, few aspirations and no hobbies at all. Older women are invariably portrayed as in some way disappointing, and rarely show much get-up-and-go. Certainly women are never shown as having much potential; they are typists or criminals or don’t have to work, and it really is a case of survival of the most decorative.

Yet for all that, I do appreciate the pacing and convoluted plots of a lot of Wallace’s writing. His characters are shallow, but he goes all out to create inventive locations and interesting criminal schemes. His villains have intricate hideouts with secret tunnels, and carefully-formed nefarious plans. There's little in the way of suspense, but plenty of action. There were a couple of films made featuring Mr Reeder in the 1930s, and a television series in the late 1960s, and I’d happily watch all those. I’d recommend The Mind of Mr JG Reeder stories because the criminal plots in the stories are such fun, and there’s nothing massively offensive in them. The two longer stories in this volume are less interesting, and probably best left to people who already enjoy early 20th century pulp adventures.

I have also reviewed The Green Archer by Edgar Wallace.
Labels: 1920s books