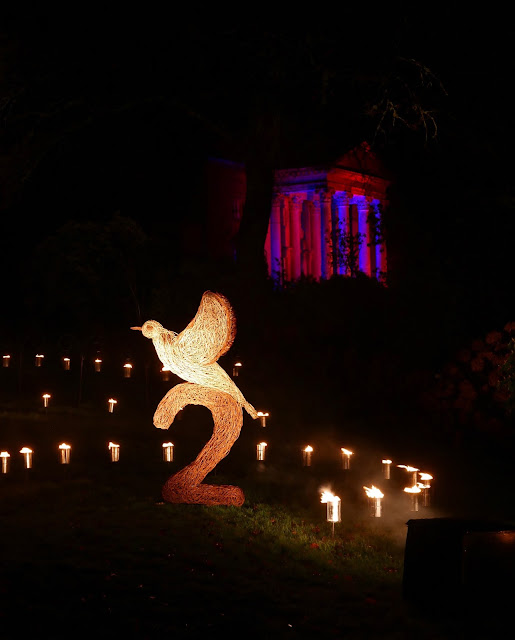 I mentioned in my last post that Ziggy came home plastered in mud earlier this week – not long after I posted he came to sit on me, and we realised he'd hurt his paw. Now, if one of our cats is going to hurt themself, it's always Ziggy. We knew if we left him, he'd probably wind up with an infection and end up having an emergency appointment on Christmas Day, because that's how Ziggy is. So we rang the vet and got an appointment that night... and that meant we couldn't go on our planned trip to Stourhead to see the Christmas lights. 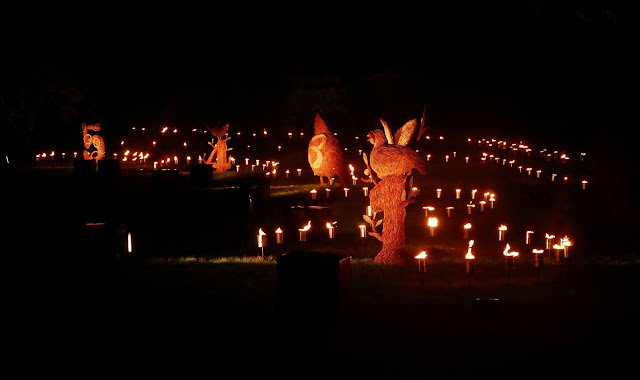 Stourhead's a National Trust place, but the lights are a special thing that has to be booked (and is quite pricy) but we took the loss of the tickets on the chin and luckily were able to rebook for the 23rd. This corner of Plaguey Island is still in Tier 2, but I've no idea how long it'll last before we're more strictly locked down, so I was keen to do something. Stourhead's landscape gardens are famous, and light installations have been put throughout. There's music playing too. 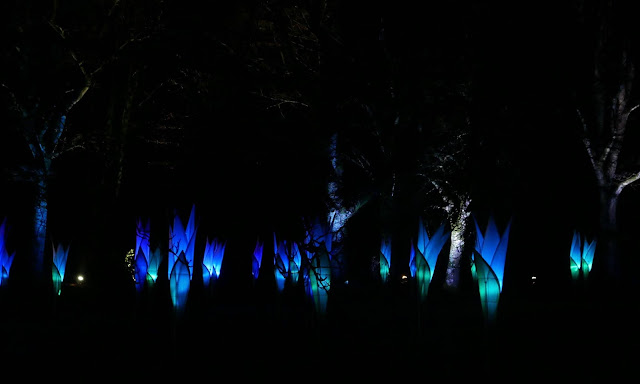 We arrived just after dark. Entry times have to be prebooked, to ensure a constant flow of visitors and not too much crowding or bunching. Even so, after months of not mixing with people in public spaces (or private ones) it felt strange being within feet of so many other people. It probably would have been more crowded were it not for the rain. But the lights were magical, and by the end I really didn't care about the rain. 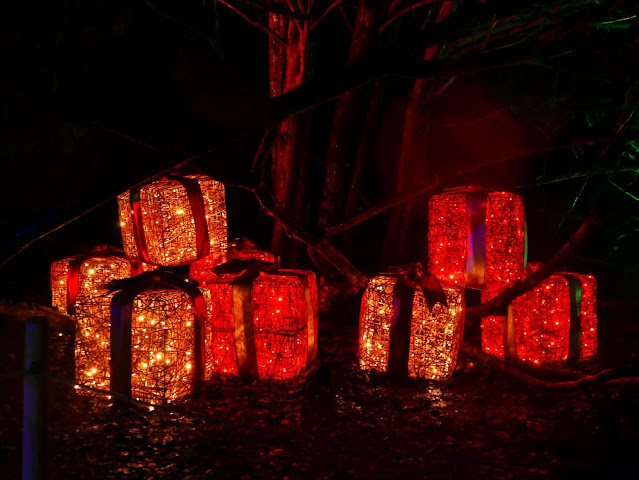 Most of the displays were small, but the final one involved lights shaped like lilies floating in front of the bridge, then at the other end of the lake a building was illuminated, so the whole vista was involved. 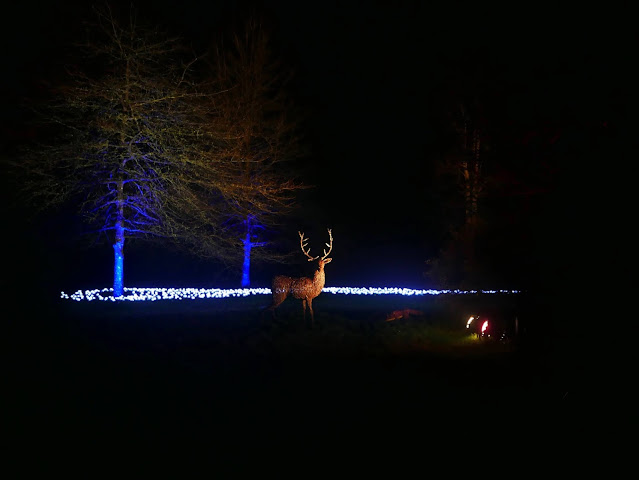 It felt magical by the end, and I'm glad we went. 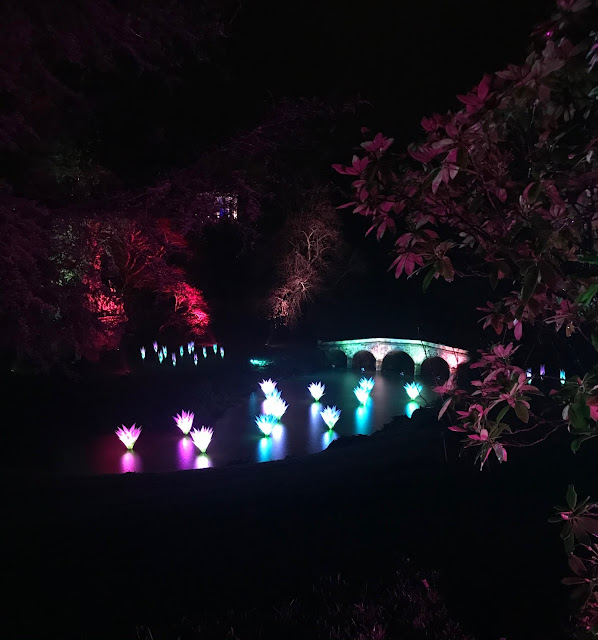 Oh, and I took some of the world's worst selfies too. 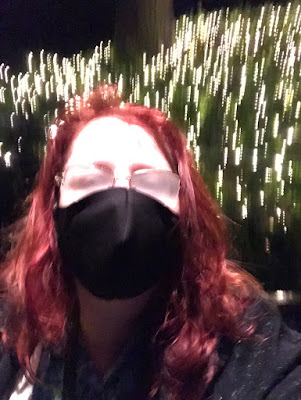 Have a lovely Christmas!