I'm dragging us into the 1980s and even *whispers* the 1990s for this year's spooktacular saucepot. She's still acting, of course; Stranger Things, in which she plays an uncharacteristically dowdy single mother, is a massive hit. But I want to salute the Winona we first knew, the one so many girls wanted to be, the Winona of Beetlejuice, Edward Scissorhands and Bram Stoker's Dracula, who dated movie stars and rock singers and wore a slip dress better than anyone before or since (and yeah, that includes Kate Moss).

While her roles in those three films seem very different – alienated goth, girl-next-door, and Victorian schoolteacher torn between duty and desire – they all have something in common. There's a surface vulnerability, which no-one portrayed better than Ryder, with her enormous eyes and slender build, but also a resolute, determined core. From Lydia Deetz doing her best to save her friends, even if it means marrying the hideous Beetlejuice, to Mina Murray making the decision to abandon her husband and friends for her eternal love, you never doubt that there's tremendous willpower inside that fragile frame. That's something she brings out beautifully in Stranger Things' Joyce Byers, too.

Was Ryder at her best in those early days? Certainly they were some of her most iconic roles. But she's still a fantastic actress. If you've never seen it, her turn in A Scanner Darkly, adapted from the Philip K Dick novel, is brilliant – it's rotoscoped, but she's unmistakeable. Also, as I have seen it written, 'Bitch don't age'. Clearly her dalliance with Drac did her good! There are whisperings of Beetlejuice 2 all the time, which I'm on the fence about as the original is one of my favourite films ever and I'm not sure it needs a follow-up, but I'd love to see her in a good, old-fashioned gothic horror or three. She has the look for it, and the talent to make it believable. 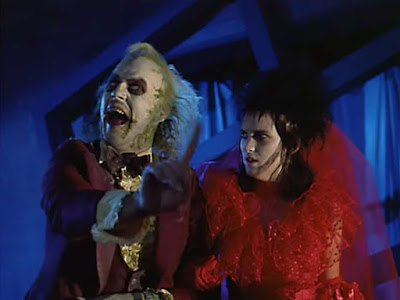