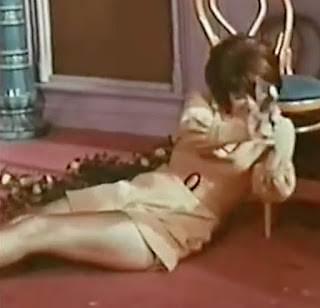 Some of my style icons are eternal – Morticia Addams and Her Madge The Queen – but other inspirations come and go. Here are the people who are currently inspiring my wardrobe and shopping selections. I don't deliberately pick fictional characters to be inspired by, but most real-life celebs don't have a 'look' that grabs me, Helena Bonham-Carter and Dita aside, so my influences tend to come from the television and films I've been watching.

Tara King
When it comes to The Avengers, everyone always goes on about Emma Peel. Diana Rigg and Patrick MacNee certainly had the best on-screen chemistry and the most fun scripts, but when it comes to clothes, Linda Thorson as Tara King beats Mrs Peel hands-down. Forget colourful crimplene jumpsuits, Tara's sassy minis and knee boots are where it's at as far as I'm concerned. (That said, I'm still channelling Emma when it comes to hair.) I might actually try a pair of knee boots - one of the few good things about being an apple body type is that apples generally have decent legs. 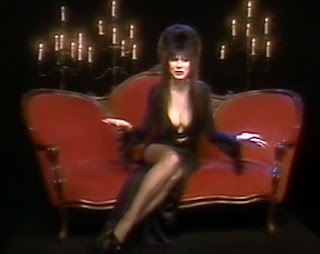 Elvira
With Halloween approaching and fashion taking a darker turn, I'm revelling in the gloomy stuff, and Elvira adds a good dose of cheesy hot sauce to the mix. Smutty, spooky and saucy: all good separately and even better in combination. I've been >< that far from ordering all sorts of monstery goodies online. Sourpuss has an excellent handbag covered in pictures of Universal Monsters. Sooner or later I shall succumb. 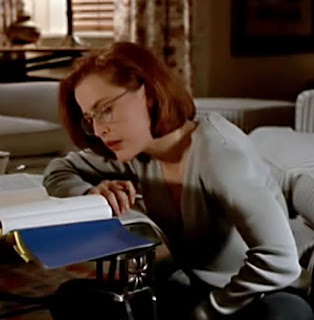 Dana Scully
Responsible for my current suit cravings. I suspect Scully's minimalist 90s suits would, in the end, feel too plain for me and I'd whack on a diamante brooch or something, but those overlong jackets and pencil skirts or mannish trousers are really appealing right now. The trousers especially. I wouldn't do the whole look: as I could have worn it back in the day, it'd be akin to slapping a date stamp on myself nowadays.