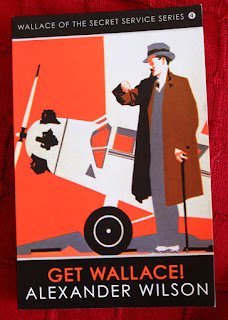 I hope you're having a splendid Easter. I've had a great time, getting big jobs like painting the garden fence done, making my own hot cross buns (more about that on Greedybots) and, best of all, seeing a couple of good friends get married on Saturday. I'll have photos of that later in the week, as Mr Robot takes much better photos than me so I'm waiting for him to process his ones. I'm annoyed with myself for missing the Shepton Mallet flea market; we want a wing chair for the living room and I'd meant to go, but then looked online and thought I saw the date wasn't till April. I suspect I was looking at the wrong event!

I've also had time to read. I spotted Get Wallace! when I was in Waterstones spending my birthday vouchers. I'd never heard of Alexander Wilson's character Sir Leonard Wallace, but the bright retro cover instantly appealed to me, and when I saw the line 'Available for the first time since the 1930s' on the back I knew I had to have it.


Like just about every vintage thriller series you can name, this is cited as an ancestor of the Bond books. I don't have the others in the series (yet...) but I'd dispute that. Sir Leonard is head of the Secret Service, happily married with a son. You'd never write those last five words about James Bond! Besides his happy marriage, one other thing is really striking about Wallace, and that's his false arm, which doesn't seem to hamper him in his exploits, but again is definitely not something you'd associate with 007.

If you've read other adventure stories from the 1910s onwards, you'll probably be familiar with the sort of eager chaps the heroes of adventure stories surround themselves with, whether that's Dick Barton's Jock and Snowy, or Sexton Blake's pal Tinker. Wallace's right-hand man is his second-in-command, William Brien, but he also has a whole gang of subordinates, from wrinkly little Cousins to burly Shannon. They're distinguished by their physical types rather than their characters - character isn't Wilson's strong point, and he relies more on the readers wanting to know what's coming next than much empathy with the characters to keep them reading.

In this novel, a gang of ne'er-do-wells has found a way to get hold of top-secret papers belonging to the British and French governments and is offering them to other countries. As the gang appears to be based in the Thames estuary, Wallace and his men have to hunt them down, reclaiming the British secret documents and helping the French out by finding some of their missing papers before the gang can sell them to the Germans or Russians. The story is jolly action-packed, with car chases, and rather more deaths and incidences of extreme violence than I'd usually expect in a 1930s adventure.

To be honest, I did get a little bored of this story towards the end. Wallace isn't massively interesting, and the action was rather predictable. I don't mind predictable stories if they're told in an entertaining way, but this felt a bit flat. I have other action and espionage novels from the first part of the 20th century that are still really engaging (Eric Ambler's spy novels are brilliant), and in some cases I wonder why they went out of print. That's not the case here; it's not something that will stick in the mind long after reading, or that you'll yearn to go back to.

I'll probably buy at least one or two of the other Wallace books in order to assess the series properly, but if you're not as into vintage adventure stories as I am, I'd recommend this one only as a library loan or if you can get it really cheaply. 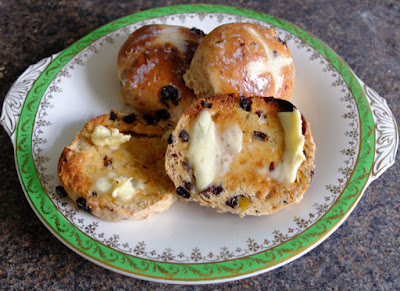