Dig for Victory: the photos

Some photos my husband took at DfV. Enjoy! 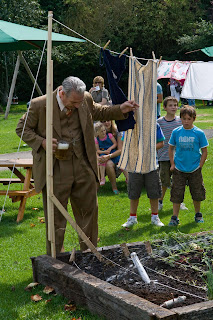 Oh no! Incendiary bomb!
We were bemused when someone asked to borrow my husband's lighter for the 'incendiary bomb'. Suddenly an air-raid siren went off and everyone rushed outside, where we discovered what the bomb was. As you can see, it's landed in the victory garden. What's to be done?... 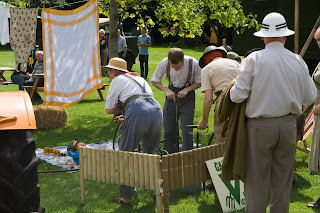 Happily the Land Girls were on hand with a manual pump to put the thing out. 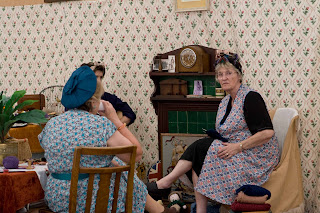 The ladies in the home front tent were happy to chat about knitting. They had some really tempting-looking patterns, too - and I've been desperately trying to resist bulk ordering yarn ever since as I now have a yen for my own 1940s-style jumper. They've certainly made me determined to dress the part if I go to another event like this.
Knitters are always brilliant people to be around, and I discovered the same was true about the re-enactors at DfV. It's great that people with a genuine passion for something are so happy to share it. 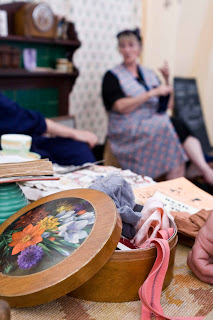 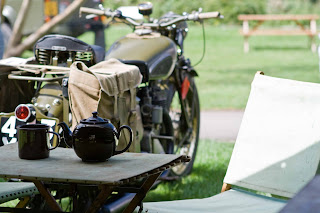 I'm not really into military vehicles, but marvelled at the love and care that has gone in to keeping the ones on show in working order. And as this is a British event THERE MUST BE TEA.
Labels: 1940s events