Did you have a good Halloween? I know from a few people's blogs that I'm not the only person who enjoys spooky season. I always enjoy it all the more when it happens at the weekend too, so we can have whole days of Halloween-ness rather than fitting it in when we get home from work.

Last Friday I wore a vaguely witchy outfit, with my new boots and stripy Snag tights, to work. When I got home we had a very fancy meal. During last year's lockdown a number of high-end restaurants took to doing home delivery kits, and we've enjoyed a few. Last Friday we had a steak dinner from Hawksmoor. We had the porterhouse steak, but the menu we got differed slightly from the one on the website - our starter was barbecue pork, not salmon, and very good it was too. I  might also have discovered a taste for sour cherry negronis... 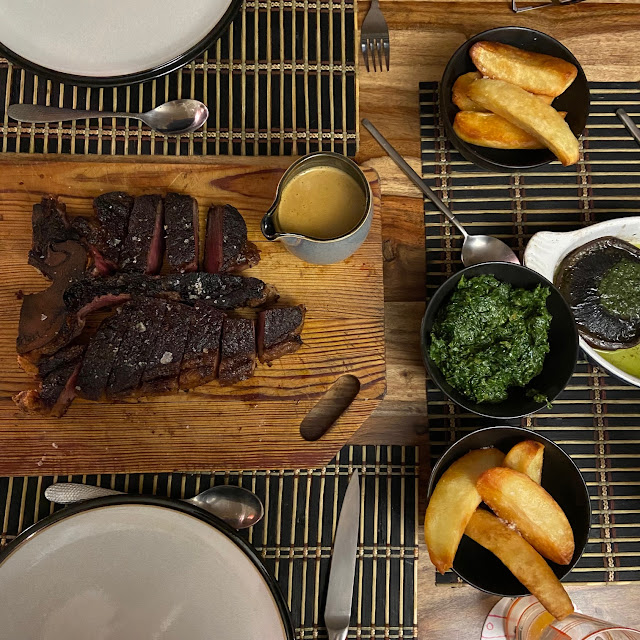 We took things easy over the weekend as I was under the weather again. I swear it's all down to the train into work! I'm fine at home, but by Friday or Saturday I starting to feel rough again, and I'm sure it's because the train is full of selfish [redacted]s who can't be bothered to wear masks. Anyway, the lateral flow test said No Rona. We cosied up at home and stuck the Horror Channel on as it was showing Universal horror films all weekend. The Mummy, The Bride Of Frankenstein, The Wolf Man, Frankenstein Meets The Wolf Man, The Creature From The Black Lagoon – we watched all those. 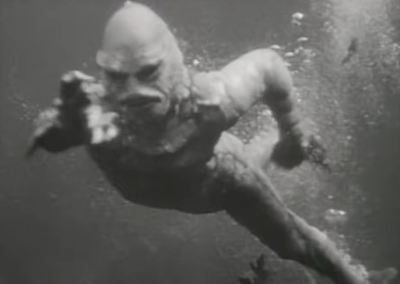 The films dated from 1932 (The Mummy) to 1954 (The Creature From The Black Lagoon), and it was really interesting to see how styles changed. Not just the fashions, but the style of film-making. The earlier films were very set-bound, with the forest in The Wolf Man looking completely artificial, whereas Creature looked like it had a lot more shot on location. That one was originally shown in 3D, so it would always have had a slightly different style, but it did make me wonder how much of an influence television was. People watching those earlier films would've had theatre, as well as film and radio, as one of their modes of entertainment. By the 1950s telly was much more commonplace. Did television drive the move towards realism, as people became less familiar with the qualities of theatre and the suspension of disbelief during a live performance?
Anyway, regardless of such musings, Bride will always be iconic, The Mummy had a great lead in Karloff but lacked spark otherwise, and Creature (which we'd never seen before) was a revelation, far from the B-movie we'd expected. As for The Wolf Man, I could live with the fake trees, but it was supposed to be set in Wales and I struggled to get past the complete lack of Welsh accents or architecture. Isn't it funny what stops you sinking into a film? 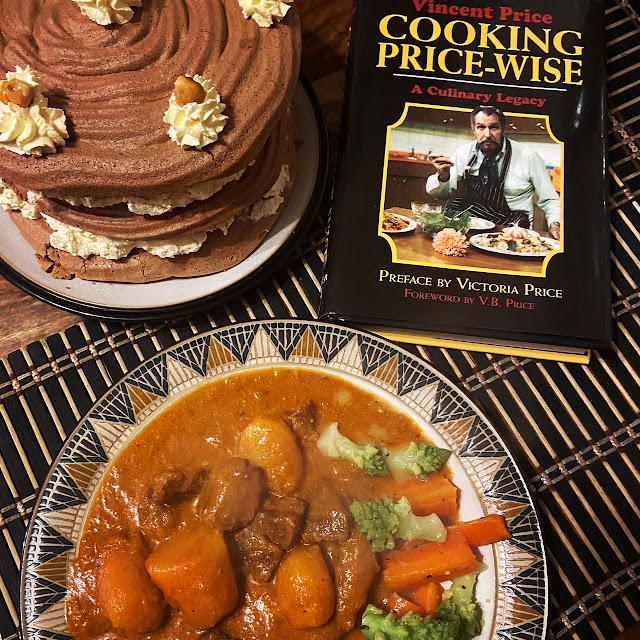 Our Halloween dinner was a couple of dishes from Vincent Price's cookbook, Cooking Price-Wise. I did the goulash and chocolate-hazelnut meringue gateau. I had my doubts about the former as the recipe was incredibly simple and used yoghurt rather than the usual sour cream, but it was absolutely delicious. The gateau was also uncomplicated, being three layers of chocolate meringue sandwiched with whipped cream with chopped hazelnuts in. And again, delicious. Clearly Mr P deserved his reputation as a gourmet and I  was a fool to doubt him. I won't wait till next Halloween to try more of his recipes, that's for sure.

Have you a favourite Universal monster movie?