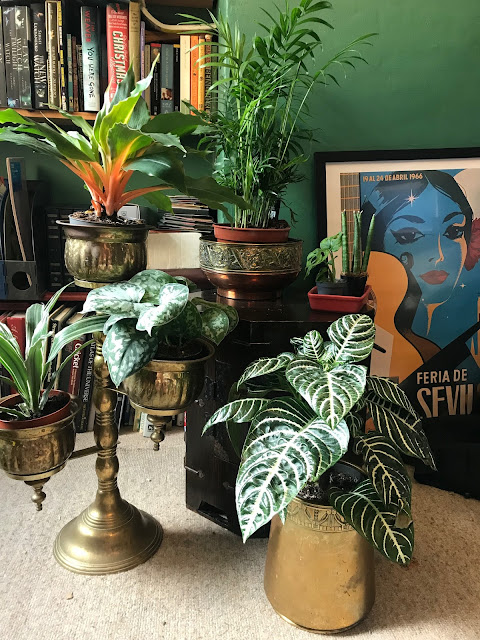 Help! My husband's turned into a Millennial!

(That's a joke. Some of my best friends are Millennials...)

Mr Robot has rediscovered the joy of houseplants, which means he shares an obsession with lots of my younger pals. He had loads as a boy (plants, not young people), but they all died when he went to university, and he never got back into them. Like most people with office jobs he's been working from home fulltime for the past year and has the spare room as his office. He got a plant to cheer it up, and things have just snowballed from there. There are some really good plant retailers online, who don't just sell you a type of plant, but allow you to buy the exact one you see in the picture.

He's been scouting for pots and planters in the charity shops on eBay and Etsy, and has bought a few nice ones. There don't seem to be many in the chazzas, but eBay's been a great source. The magnificent three-bowl brass beast is his star buy. It wasn't cheap, but then he's going to see it every single working day, so he may as well have something he likes. The little octagonal cupboard is apparently about 40 years old and from Hong Kong. It's lined inside with Chinese-patterned paper. A little junk shop has opened up in Trow and he got the cupboard there for £30. 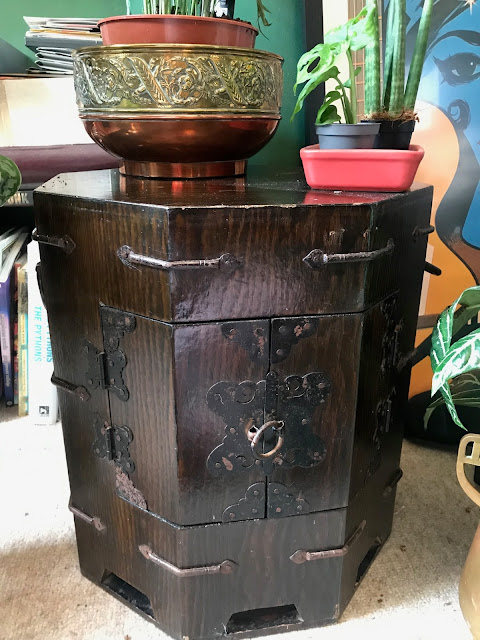 I also bought a pot, because while he was ordering his latest batch of green chums he got me an aspidistra. Our living room is north-facing and so not very well lit, but aspidistras don't mind that. The living room is now looking more Victorian than ever as we replaced the shabby old curtains with some red ones in the William Morris 'Strawberry Thief' design too.

Over the years we've come to accept that we're terrible at DIY, so we're getting Ian from down the road to do some decorating soon. Everybody in the area gets Ian to do their DIY and gardening projects. Normally we're fine at painting, but we want the stairwell done, and the lining paper needs stripping and replacing in the living room – that's never been done in the 20 years we've lived here, and we figure we may as well get it done, and get the plastering round the fireplace sorted at long last. To be honest, I'm anticipating more lockdowns later in the year, or at least the 'rona to be so rampant I'll be staying in anyhow. Might as well make the most of where we are, eh? 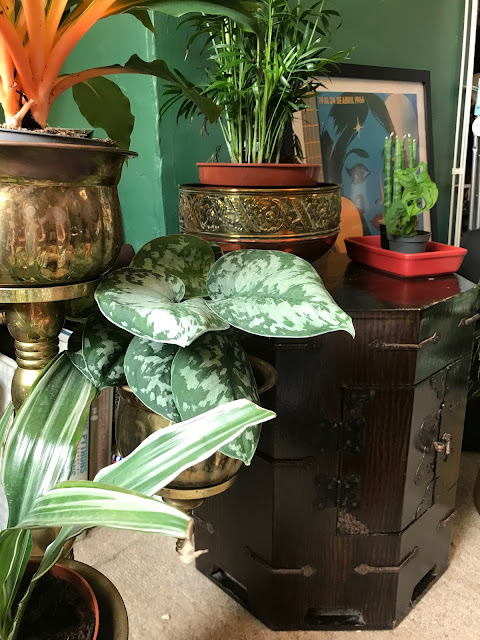