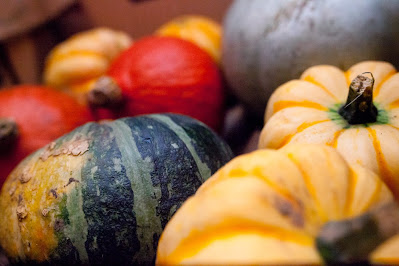 Only not really a week, and not really vintage. I feel guilty, like I've let all my blogging chums down by not being here enough. And I'm annoyed at having basically missed most of October, both posting here and reading your blogs. Not that I've had anything to post about; poor old Mr Robot got lumped with cooking the whole Thadingyut meal, and I didn't get round to putting up the Halloween lights he bought me. I've been working late nights (till 10pm) fairly regularly, and weekends fairly regularly, and just keeping on top of the day job and housework has been pretty much it for me. I certainly haven't wanted to do more on the computer on top of the day job.

I have fitted in a bit of telly here and there. Why Women Kill was excellent. The way it veered from farcical comedy to absolute pathos, especially in the story of the 1980s couple, was amazing. I guessed how it would end – woman discovers her husband is gay in the 1980s? We all know what's coming – but it was still incredibly moving. I've also been watching more old episodes of The Avengers, because it's a sort of televisual comfort blanket for me, and the versions being broadcast are remasters and they're so beautifully crisp it's like seeing them all over again.

I've also been fitting in some Christmas shopping, all online because with lockdown and the like I haven't been able to get out and buy things in person. We're not going to see my family in Norfolk this year, so it's all got to be posted back to them, and I want to get it sent by the first week in December if possible.

Anyway, posting's probably going to carry on being sparse between now and the 18th of December because of all sorts of work shenanigans (short deadlines, mag revamp etc). My last deadline is on the 18th and I might just crack open some champagne after it. I'm going to try to make more effort to read blogs this week as things are mostly normal, so don't be surprised if I pop up commenting on something you did weeks ago.