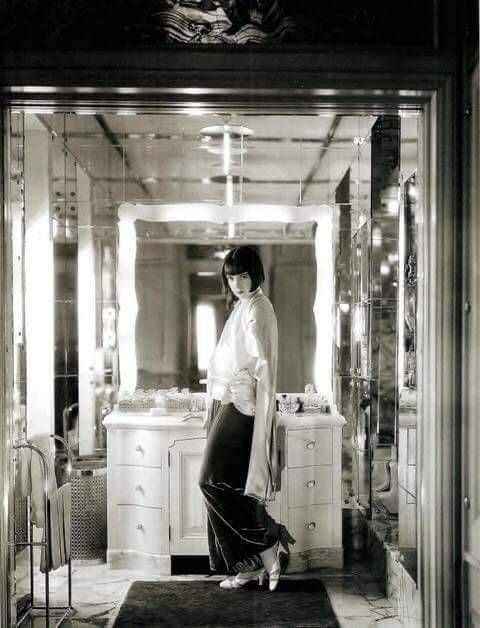 I fear I've been letting myself go rather of late. I'm not talking about the weight gain so much – I put that on staying at home protecting myself and other people, and I'm not going to hate a body that's done its bit to save lives – but all the little things. I'm increasingly prone to forgetting to wear jewellery. If I didn't have a daily Google Hangout with one of my teams, I probably wouldn't bother with makeup very often. Last payday, realising I was getting ever-furrier, I bought an epilator. It was time to face facts: I'm unlikely to get round to shaving my legs every day, so this means I don't need to worry about it. I'm gonna follow the Way Of Vix and make it a weekly thing. No matter how neglectful I'm getting, I can manage that.

(Ooooooh but the first pass-over with the epilator really stung.)

I have been wearing trousers a lot, and the epilator might make that a less regular thing. But it has struck me that one of my favourite looks has been one I've seen of photos of 1920s actresses in wide-legged trousers and a kimono or loose tunic. Hence Colleen Moore at the top of the post to show you how it's done:

Isn't that just the perfect look for loafing around at home? And make no mistake, in the photos I've seen of actresses of the 1920s dressed like this it always looks like they're lounging in their incredibly glamorous homes, not out on the town or socialising. I had this sort of thing on my Make Nine list for the year, and thinking about it, I need to prioritise them. 1920s styles in general are pretty comfy, as women said BEGONE, RESTRICTIVE CORSETS and de-emphasised their waists. This could be what we all need for our new lockdown lifestyles. 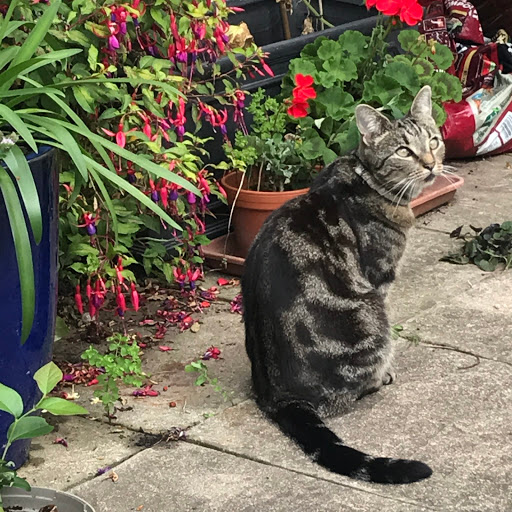 Pippin knows you don't need a waist to look good. The little monster's looking very pleased with herself here; I took the photo just after she'd been chased out of a neighbour's house. In other Mim news I'm an auntie again as my brother has just welcomed Son Number 2; little Harry now has a brother named Lucas. My mum's over the moon as the baby's a redhead like her. I'm just happy the whole family is well, and I'm really pleased for my brother and his girlfriend.

Anyway, stay safe, and may all your loafing wear be as elegant as Colleen's.