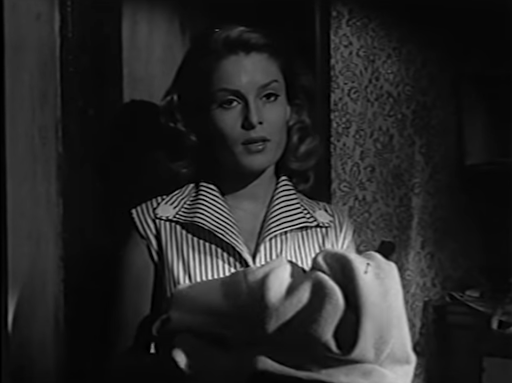 Who knows what might have become of Belinda Lee? The 1950s were a good time to be a beautiful blonde, and by the end of the decade her career was on the rise. She'd been in The Belles Of St Trinians, escaped the nefarious clutches of Stewart Granger in Footsteps in the Fog, and had even replaced Diana Dors in The Big Money. (That wasn't the only time she rubbed up against Dors; Lee led Rank's charm initiative at the 1955 Cannes film festival, and that parade of glamour is what's said to have led the Divine Diana to don a mink bikini to grab the attention of the press.)
So what happened?
1957 was a big year for her. It was the year of her first Italian film, and the year of a major scandal. Though she was only in her early 20s, she was married, and so was her Italian lover – and he was a Papal Prince. The suicide attempts both subsequently made early in 1958 were followed by Lee losing her contract with Rank, and her lover's family losing their hereditary title.
That wasn't enough to end her career though; Lee moved to Europe and made more films in Italy and France. Whereas other Rank starlets had something of a shelf-life, these meatier roles meant her starlight wasn't fading. With her high cheekbones and strong profile, hers was a beauty that would have aged well.
But in 1961, at only 25, she was a passenger in a car that blew a tyre and flipped near Las Vegas. She was thrown from the car and died of her injuries. 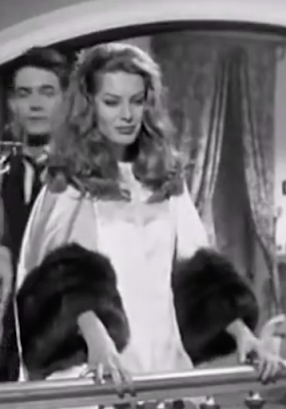 Belinda Lee was buried in Rome, the city where she had so many of her great adventures, in the Protestant cemetery where Keats and Shelley also lie.
Labels: 1950s forgotten bombshells