Two of my favourite places in Seville 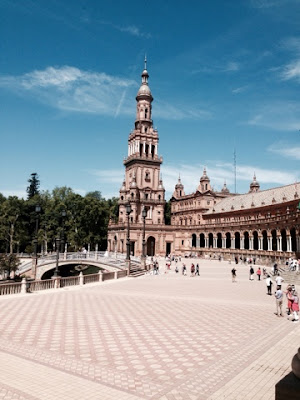 Mr Robot and I spent our honeymoon in Seville back in 2001, and it's somewhere we've returned to every few years. It's changed a bit in that time, but not in a bad way. When more flights started coming to the city, we'd feared the city would become more touristy, and while some areas have, on the whole Seville has retained its personality.

One of my favourite places, and one which has benefited from tourism, is the Plaza de Espana in the Parque Maria Luisa. Built as the Spanish pavilion for the 1929 Spanish/American expo (dreadful timing for a trade-promoting exercise!) the tiles and ceramic bridges were in sore need of repair by 2001, but since then it's been beautifully restored. It's a real crowd-pleaser. 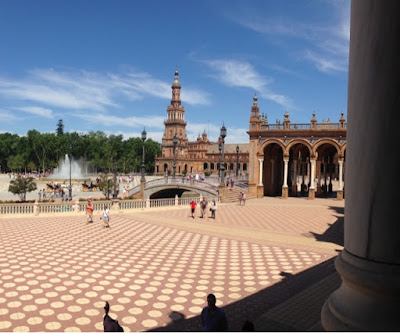 Traffic in front of the building appears to have been limited too, so there aren't coaches spoiling things now. 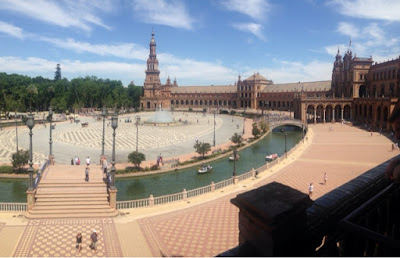 I don't think I'll ever get a satisfying shot of this semicircular structure, but that will never stop me trying. It really needs to be seen in motion - and millions of people have seen it on film, though they might not realise it, as it was used as Queen Amidala's palace in one of the Star Wars prequels. The filmmakers doubled it to turn it into a whole circle, though I like the way you can see the park beyond the ends of the real thing.

My other favourite place in Seville has also been used as a fantasy setting. If you've seen Game of Thrones, did you like the Water Gardens of Dorne? Those scenes are filmed at the Real Alcazar (Royal Fortress) in Seville. And the Royal Family does still use the palace. 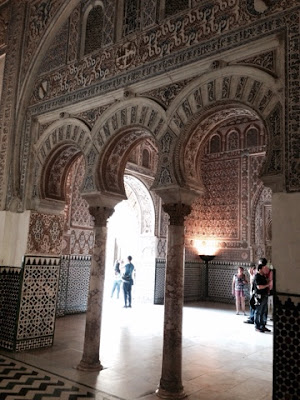 The programme only uses the gardens, though you can walk round and admire the lower rooms of the palace too, many of which show the Moorish influence on Andalucian architecture. 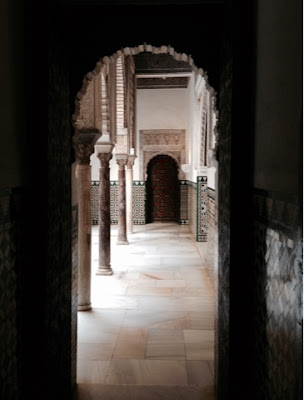 One of the courtyard gardens has been restored to its earlier layout, but that's the only significant alteration we've noticed over the years. 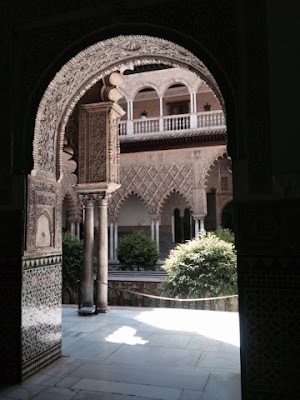 After all, when somewhere is this gorgeous, why alter it? I think I actually prefer the Real Alcazar to the Alhambra in Granada as it's more peaceful - the trick is to go at about 4pm, after all the tour groups have gone. 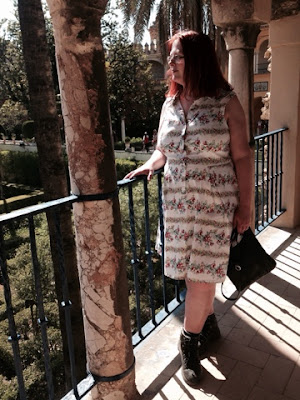 Here I am, in the filming location! 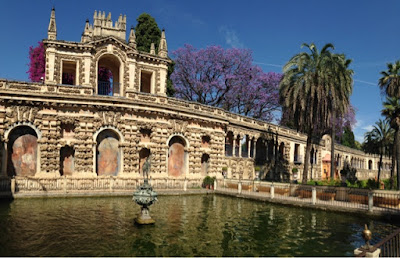