Sapphire and Steel have been assigned 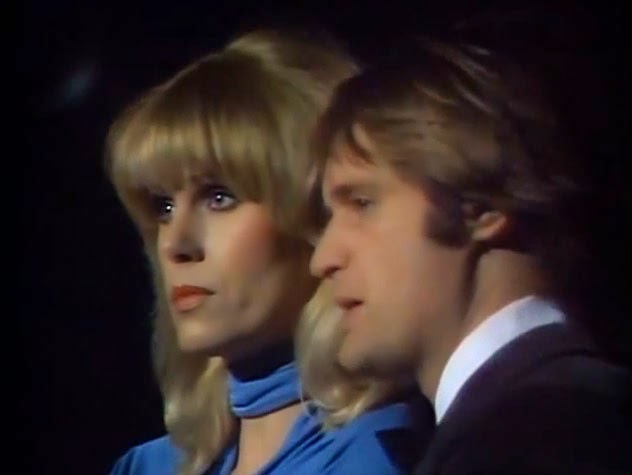 Further proof that I don't really dislike the 1960s and 1970s: I really love the science fiction telly of the era. In fact, I'd go so far as to say it was the golden age of British science fiction television; as well as Doctor Who, it was the age of The Prisoner, The Avengers (the real Avengers, not those superhero types), Blake's 7 and, just sneaking in in 1979, Sapphire and Steel. I mentioned in my last post that I'd been watching loads of classic Who, but I switched to Sapphire and Steel because I fancied a change.


When it comes to Sapphire and Steel, you'll be in one of three camps: never heard of it; never seen it; or seen it and deeply unnerved, if not actually scared by it. It bridges the ground between SF and horror. Sapphire (Joanna Lumley) and Steel (David McCallum) are 'Operators', interdimensional agents of a sort, though exactly what, and working for whom, never really gets explained. It's a little like The Prisoner in that respect, and the lack of explanation means things feel mysterious and unsettling all the way through. Time itself seems to be malignant, and will break through to the present and take people and things, and creatures from either end of time will also break into the present. Large numbers of old things, or old things mixed anachronistically with new ones, make it easier for this to happen. (Vintage lovers, beware!) Sapphire and Steel work to put things right, occasionally aided by other Operatives like Lead and Silver.

Only 34 episodes were made, divided into six stories. I find the two stories broadcast in 1979 the most genuinely frightening. In the first, a little girl reciting a nursery rhyme in an antique-filled old house creates a time fracture that snatches away her parents. There's one scene where Sapphire is drawn into a picture and taken back in time to a point where she's about to relive the murderous events that took place there, and it's really tense. In the second story the duo cross paths with a ghost hunter at an abandoned railway station; the creature they're investigating feeds on the resentment of dead servicemen, hence the lonely Tommy walking up and down the derelict platform whistling 'Pack up your troubles'. That particular story is the one everyone remembers, usually either the creepy whistling or the devastating ending, which has to be one of the most shocking I've seen.

If you're looking for a programme that epitomises the style of the late 1970s/early 1980s, this isn't it. Joanna Lumley wears some amazing bright blue, often shiny, outfits, which do look very much of the era and stand out amid the beiges, browns and greys of so many of the sets – McCallum generally wears a grey suit. However, because so much of the programme is about time using old objects to break through into the present, a lot of the things you see pre-date the 1970s. 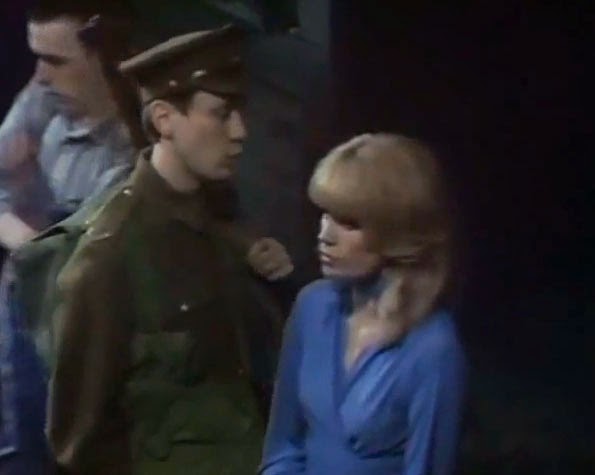 Generally I'm not in favour of old series being revived – I've tried to like modern Doctor Who, really I have, but it's just not as good as it was in the 1970s – but I'd make an exception for this.* That said, it would need to be done well. Part of the problem for me with modern Who is the way they try to cram a whole story into a week's hour-long episode, whereas in the 1970s a story could take four or six half-hour episodes, and if they did the same with Sapphire and Steel a lot of the tension, that slow scary buildup, would be lost. I do find it frustrating that in an age where audiences clearly love long stories (Breaking Bad, Mad Men and so on), British programme makers seem determined to squash everything into a handful of hour-long episodes with little room for tension or subtlety. If the programme makers were going to try to make it faster, or compress the storylines, it'd be better left alone. We've always got the existing 34 episodes.

*And The X-Files. I am VERY excited about the return of The X-Files.
Labels: 1970s science fiction television