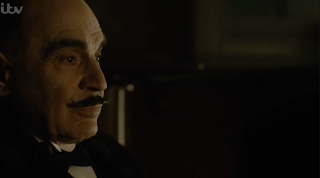 Joining in Tasha’s 1940s knitalong was a jolly good move. I think I’ve made more progress on my navy cardigan recently than I have in months. I have a half-hour commute each way to work, and while it’s dark at night, in the morning it’s light enough for me to fit a few rows in. I’m a slow knitter, so any extra knitting time is very welcome. My current aim is to be able to wear my cardigan by Christmas. Tasha’s set up a Ravelry group for the knitalong so I’ve joined that.

I’m slowly coming out of my wardrobe rut. I think being ill had a lot to do with my mood as I haven’t got anything new to wear but I’m feeling much more positive anyway. I had a whizz round the charity shops last weekend, but didn’t find anything I wanted. I nearly bought a couple of pleated wool skirts, but had to remind myself that it’s either expensive to get them dry cleaned or a faff to wash them (see my instructions for how to clean a dry-clean-only pleated skirt). I’ve still got one sitting in the laundry basket waiting for me to clean it, I don’t need two more!

Another thing that’s lifted my mood, generally better health aside, is the return of iconic 90s show The X-Files to my telly. One of the cable channels has been broadcasting the show from the first episode. Back in the 1990s I loved The X-Files. I even loved it when Mulder and Scully left and Dogget and Reyes took over in the early noughties. However, rewatching it is making me realise just how very good that first season was. There’s not a weak episode in the bunch. Scarily, Scully’s wardrobe is also making me aware of how much influence the 90s had on my personal tastes, especially my minimalist impulses and love of plummy lip colour. Could be worse, I suppose - what will the young’uns of the noughties carry forward, taste-wise?

On the subject of telly, it’s weird to think that Poirot has ended. Bruce Partington-Plans has written about the final series of Poirot extremely well, so I shan’t repeat what he said, but it will be sorely missed. I enjoyed the programme, but also loved the fact that so many other people did too, and it was something we could all share. I’m not sure if there’s anything that has lasted long enough and been watched widely enough to have the same impact. Watching Poirot, I never felt I was watching alone (okay, Mr Robot was always there, but you know what I mean) because I knew Gemma (Retro Chick) and Bruce and loads of other people would be watching it too. I don’t get out and about much, so it’s one of the few times when I felt properly connected to other people in vintageland.

On which note, are you planning to watch BBC2’s Cold War season? I’m looking forward to the documentary tonight, but anticipating even more eagerly Romola Garai in the 1970s-set drama Legacy at the end of the month. She was brilliant in The Hour, and I love a good espionage thriller, so here’s hoping Legacy has a decent script. It’ll give me something to knit along to...
Labels: knitting television