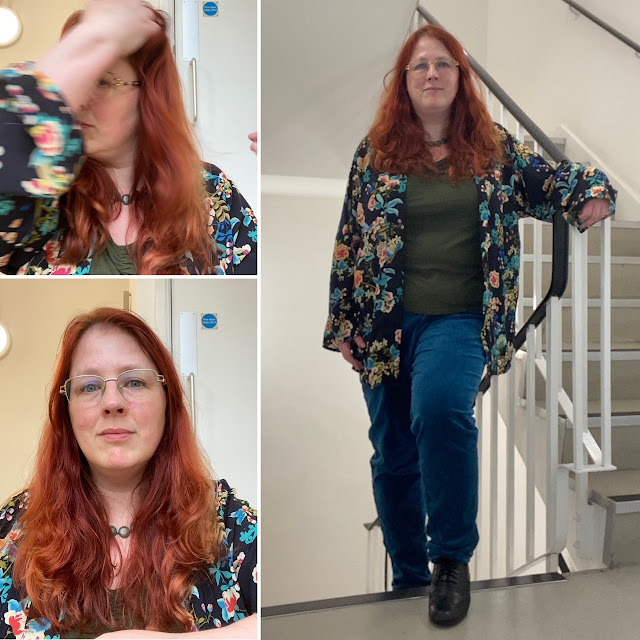 Hmm... the last time I stuck a photo of myself on this blog, it was in virtually the same outfit. Well, at least you can tell I like it. These are teal velvet jeans and a longsleeved olive top; last time they were navy velvet jeans and a sleeveless lighter olive top, but you'd have to be paying a lot of attention to my wardrobe to spot the difference. I'm not one of these people who wears stuff and gets rid of it anyhow – that seems so odd to me. I like my clothes, I want to keep enjoying them. That's why I have far too many things I can't wear, because I've hung on to all sorts of things I've outgrown.

That said, I've got retainers now. Invisalign, to straighten my teeth. (The problematic bottom ones were twisting and causing me pain, so I finally decided to so something about the whole lot.) I can't eat with the retainers in, so they've essentially stopped me snacking, and I've shed almost all of my lockdown gains. It's so nice looking in my wardrobe at those old favourites, and thinking, "Next summer, dress, we are hitting the town!"

I went to see my pal Sam in London on the 29th and despite TUBE CHAOS (every line through Whitechapel was out of action) it was fab. I haven't seen her in person since before lockdown, but we get on so well it felt like no time at all had elapsed, and we talked for absolutely hours. If you're ever looking for a good vegan place in the city, Sen Viet in Hoxton is a vegan Vietnamese restaurant, and even a dedicated omnivore like me would cheerfully go back there. 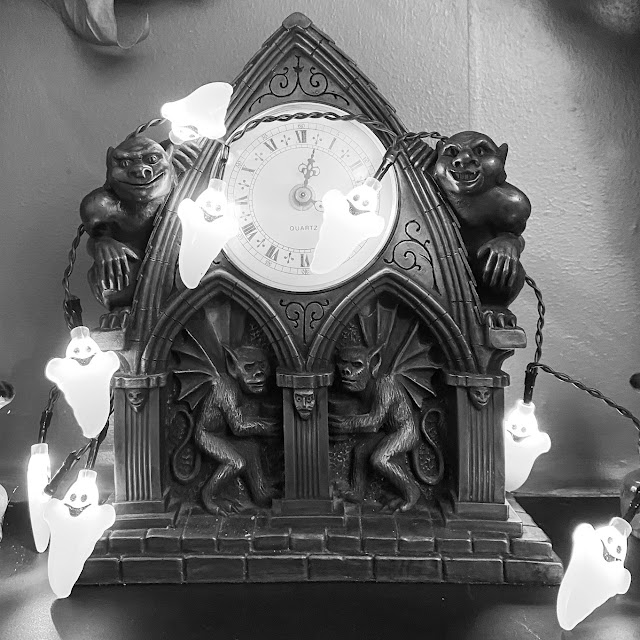 Halloween's been and gone, and with it a special dinner. We began with pina coladas (inspired by the line in the song 'Werewolves Of London' "I saw a werewolf drinking a pina colada at Trader Vic's – his hair was perfect"), them moved on to a starter of sausage mummies from M&S, a main course of paprika hendl (which Jonathan Harker enjoyed in Transylvania in Dracula), and a pudding of lemon possett with fennel biscotti made by Mr Robot (not remotely spooky, but extremely good). The pina coladas were my first duff cocktail, which I'm putting down to using bought ice, which never crushes like the home-frozen sort, and coconut milk instead of just the thick cream off the top. Still, the rest of it was good, especially the paprika hendl (basically a chicken and paprika stew, which we had with black spaghetti) and the possett. 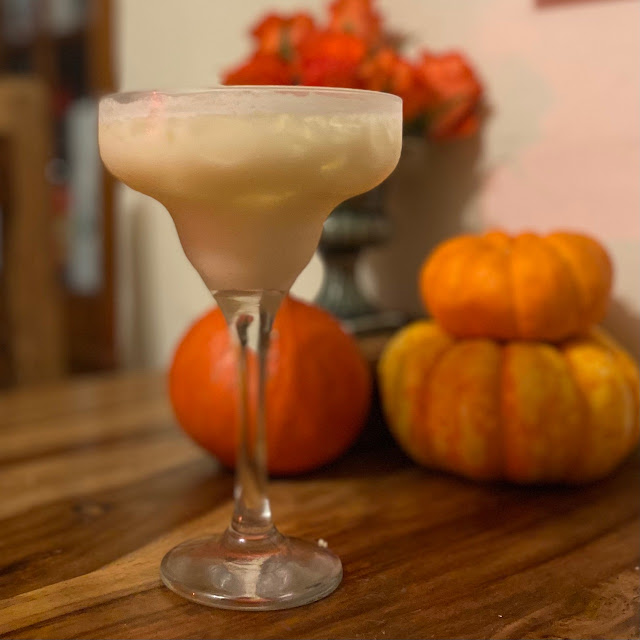 After dinner we watched Christine. Apparently someone's making a new adaptation of the novel, and I don't understand that – of all the Stephen King adaptations, that one's just about perfect. Bet the new one won't begin with 'Bad To The Bone' either…

Anyway, now November's here and that means short pre-Christmas deadlines at work (augh!) and having to do most of my Christmas prep this month. To be honest, I'm really not feeling it this year. But I'm going to put in the effort anyhow – by late December I'll probably be in the mood! Today I bought myself a little present too. Isn't this orchid lush? And it's scented. Now I just have to keep it alive. 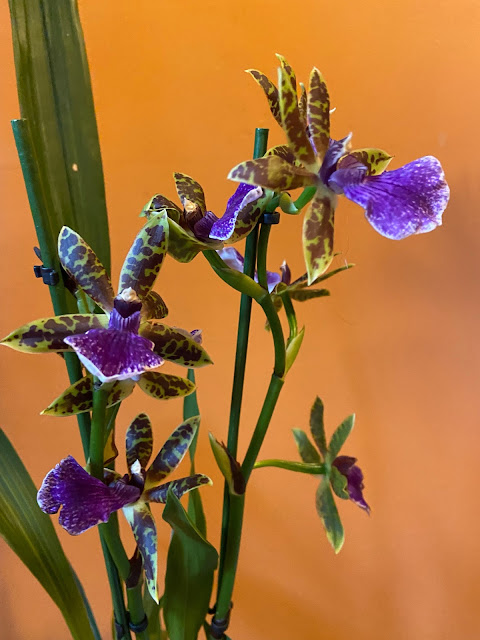 I hope you're getting on okay with the grey, soggy November days!