Right, I am not going to apologise for being rubbish at this blogging lark, because apologies are only worth anything if there's a real intention to change, and it's obvious that despite knowing I'm being rubbish I am not changing. I'm trying to catch up with reading everyone's blogs, only Bloglovin' no longer appears to be working, so if anyone can recommend me a blog reader that'd be ace.

As you can see from Ziggy here, we survived the heatwave. I was really worried about the cats as they will not come in much in summer, even though the dining room is much cooler than outdoors on hot days. We'd bought a new patio umbrella so Pete turned the old one into a kitty shade, complete with a dish of cold water that I chucked ice cubes into every so often, and they did use it. For all that I accuse them of being brainless little beasts, they're pretty sensible in some ways and just went nocturnal in the heat. On the very hottest night Pete planned to sleep on a sun lounger in the garden, but ended up coming inside after Pippin was delighted to see him outside so late at night and blarted at him till he woke up.

The garden is doing well in the heat. My kiwi vines have finally arrived, so perhaps next year I'll be picking my own kiwi fruits, and the tomatoes are already ripening. The peppers and aubergines are both still rubbish, but they have both flowered, so if the slugs hold off I might get some fruit off them. 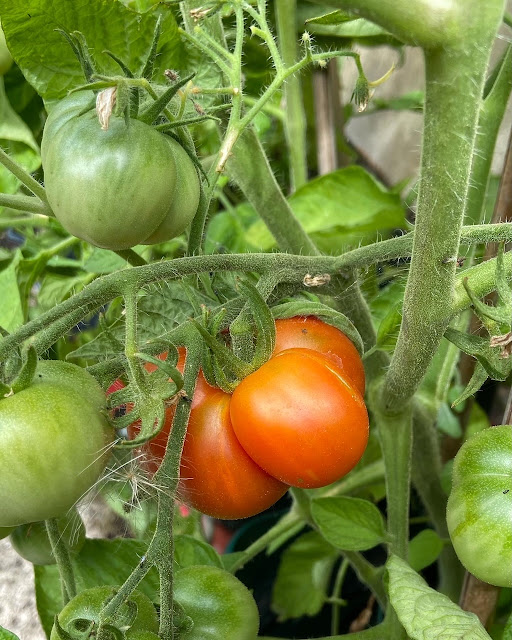 I've basically been dividing my time between work and home, nothing exciting. I did binge Stranger Things, which was fab. I hadn't bothered with series 3 when it came out, so did 3 and then 4, and really, really enjoyed it. The 80s sucked for me personally, but I didn't find the series made me nostalgic for times I lived through (which is good; I've always held that when you feel nostalgic for your own past, you've got big problems with your life right now) but it did make me recall how I felt watching things like The Goonies as a kid. It didn't make me recall a time so much as an emotion. 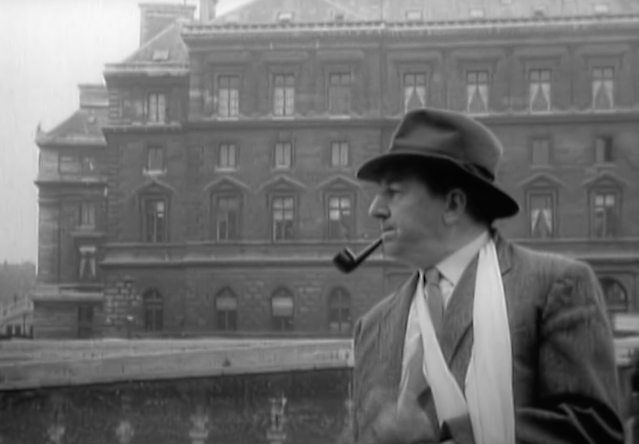 We've also been watching old episodes of Maigret on Talking Pictures TV – the series filmed in the early 60s. It's really good, and as much as I love costume dramas or things set in past times there's always an element of dress-up to those, whereas shows set at the time they're filmed strive to feel real. (Just contrast the downbeat, muted BBC version of Tinker, Tailor from the late 70s with the much more stylish 2010s film version, or the deliberately downbeat 60s film of The Ipcress File with the 2020s TV programme.)

I hope you're doing okay. As I say, I'm going to do my best to catch up with everyone's blogs, though I fear it may take some time!