Errr... So somehow I missed the whole of June. I hadn't realised it had been that long!

I have been getting out and about. On 16 June I met up with Gisela and we went to the V&A to see the exhibition 'Fashioning Masculinities: The Art Of Menswear'. It was a really interesting exhibition, starting with idealised versions of the male physique, referring to classical sculpture (everything from Tom Of Finland to underwear ads to chest binders), moving on to historic image and artefacts that show masculine style but often in ways that buck expectation (Frances Stewart, later Duchess of Richmond, in perfect soldierly attire; a portrait of Alessandro de Medici, whose mother was of African heritage; a 'lace' cravat actually carved from wood by Grinling Gibbons and worn by Horace Walpole). Other parts explored pink and florals in menswear, tweeds and tartans, and the dinner suit. It was very western-centric, probably due to limitations of space. But I really enjoyed it. To be honest, any day with Gisela is guaranteed to be a good day. 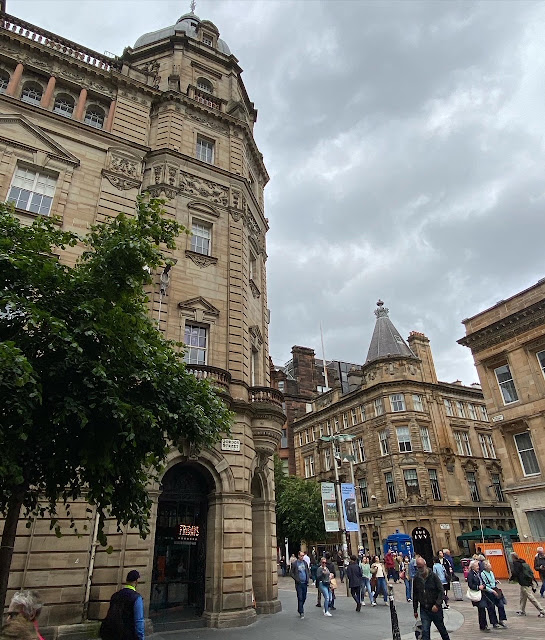 Last week Mr Robot and I went to Glasgow. We were supposed to be seeing Guns 'n' Roses on the Tuesday, so flew up on the Monday… and were notified on Monday evening that the gig was cancelled for medical reasons. Arsecakes. However, from what I've heard about the London gigs on the weekend before, we'd have been in for a disappointing time as Axl's appeared to be having voice problems, so maybe it was for the best. 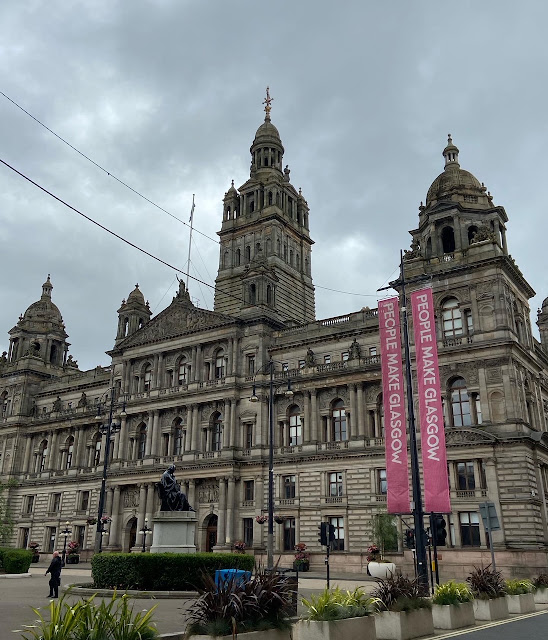 On Monday night we hung out at the excellent Pot Still pub with Lauren from PC Gamer and her husband, and on Tuesday we visited Kelvingrove Art Gallery and Museum in the morning and Glasgow Cathedral in the afternoon. We left the latter a bit late and so we only got to venture just inside the Necropolis, the big cemetary - it closes at 4:30, even at this time of year. Glasgow was gorgeous though and I'd definitely go back, so I'm sure we'll see it another time. We flew back on Wednesday, having had a splendid time.

Between those two things I finally finished my waistcoat! I suppose that's keeping in with the menswear theme, in a way, though this pattern was made for women. It's a bit loose round the waist, so I'll tweak the pattern if I make it again, but given I had to drop the bust point and do a full bust adjustment on princess seams for the very first time, overall I'm really pleased with the fit. Of course it's far too hot to wear it now, but I'm sure it'll come in handy during the winter.

Aside from that, I've been carrying on as normal. I completed an absolute mountain of freelance on top of the day job, the garden is looking fantastic (my aubergines and pepper plants aren't up to much, but we'll have tons of tomatoes in August), I'm still making all sorts of cocktails, and the cats haven't melted in the heat. Oh, and Stranger Things is pushing all my nostalgia buttons in a weird way – the 80s sucked for me personally, so it's nice to see this rose-tinted version. And the music's great.

Now I need to catch up on everyone's blogs, so I'll probably see you in another six weeks…