A trip to the beach 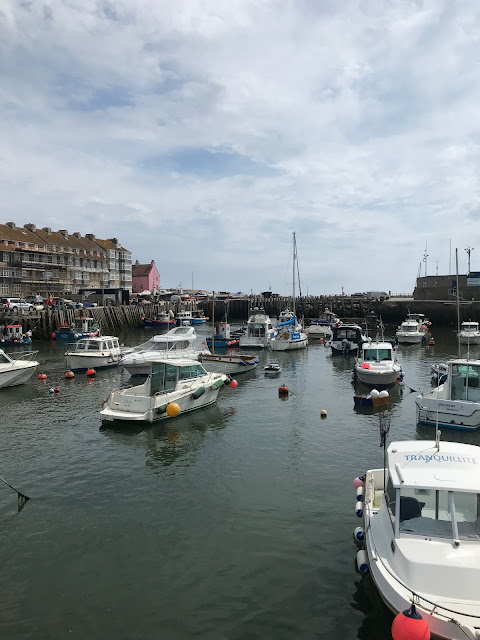 I'm not going to call it a staycation, because as far as I'm concerned, that's staying in your own home - if you go away, it's a holiday, and holidays don't have to be abroad.

Anyway, Mr Robot and I took a week off work, and spent two nights of it down in Dorset, in West Bay. I knew it had been a while since we last visited as we haven't been since Broadchurch was filmed there, but looking at this blog it's been ten whole years. It was always a fairly sleepy place, being the harbour for Bridport, and happily being on telly hasn't spoiled that. It seemed rather busier, mostly with older people and families with senior members, but there's still only the one arcade and the fish-and-chip huts are still there. It hasn't gone tacky. 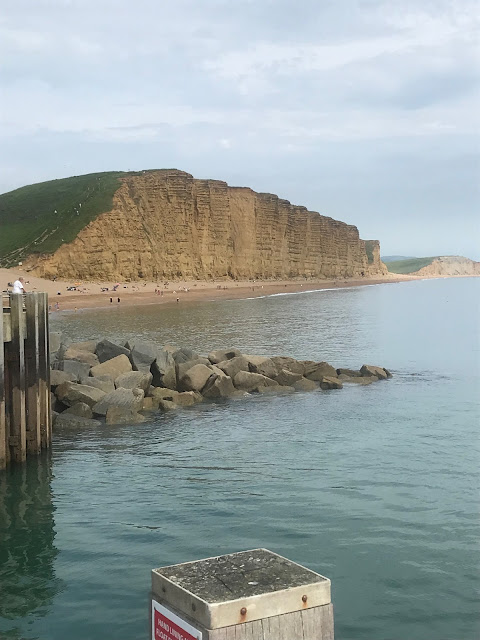 Mr Robot booked us a room at the Bridport Arms, the pub right beside the beach. He booked it on a whim one night after there had been wine, and when we arrived the young woman showing us to our room said, "Oh, you've got the best room in the place!" He'd forgotten he'd splashed out. We had a little sitting room as well as bedroom and bathroom, and I swear it was as big as one floor of our (admittedly tiny) house. The bed was definitely bigger than the one at home; we wouldn't have woken up all creaky from sharing that one with the cats.

Of course, you can't do a lot in two nights. Most of the other visitors seemed to be daytrippers and the town was pretty empty by 6pm on Wednesday night – unfortunately that meant most of the food places closed. Still, we'd had fish and chips from a hut for lunch, and we had tea at the pub – a local burger with Dorset Blue Vinny cheese for me, and mussels in Dorset cider and cream for the Mr. 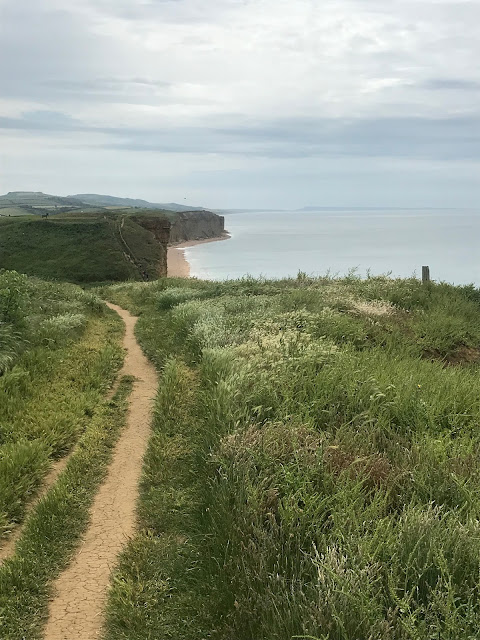 Being Fat Hobbits, our trip was fairly foodie. The following day we walked along the cliffs to Burton Bradstock. Though it's only a couple of miles I wasn't sure if we'd make it after a year being pretty much sedentary on lockdown, and it was hard work going up and down (the cliffs undulate, so it wasn't just up at the start and down at the end) but we made it. The sky was slightly overcast, but that meant we avoided sunburn (we did wear sunblock, but all that climbing was sweaty work). It was lovely seeing all the plants – sea thrift, vetch, and the like – and butterflies. We had lunch of a sharing board of mixed fried mostly fishy things at a pub, then walked back. 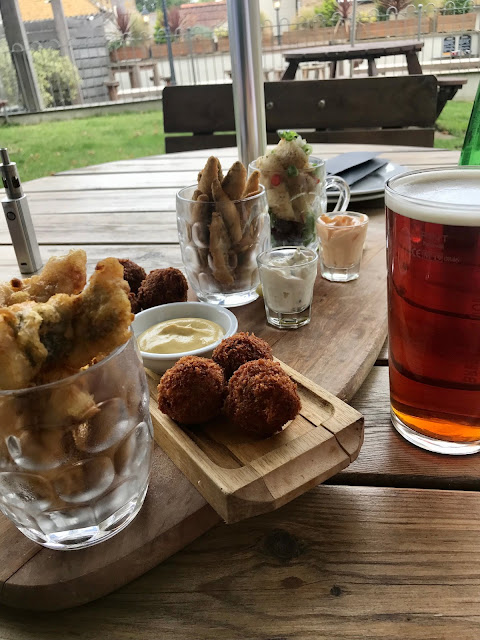 Netflix were filming a Jane Austen adaptation further along the beach, and even though the shoot was well out of sight of Burton their security were a bunch of twats ("Oh come on, Mim," I hear you say, "tell me what you really thought!"), harassing everyone who walked on Burton Beach with a camera as though we'd somehow known they were there and were desperate to photograph it all. I work in Bath, I'm not chasing anything Austen-related on holiday because I'm trying to get away from it! I just wanted a nice walk and a pub lunch. A fellow walker said they'd been at Lyme the day before and were obnoxious there too. I hope they all got sandfly bites on their bums!

Thursday evening was a meal at Station Kitchen in West Bay. It's a little restaurant made from the converted railway station – closed as part of the Beeching cuts, I believe – and a railway carriage that's been done out. 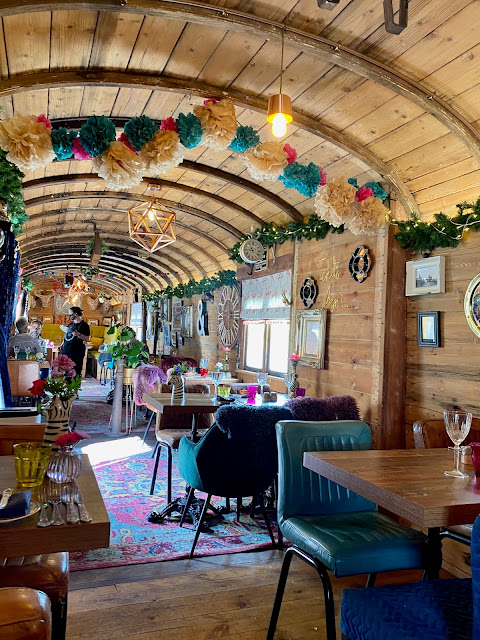 We didn't have any bad food while we were away, but the food and atmosphere here was perfect, and finished things off wonderfully. I had a tomato and mozzarella salad (desperate for a salad after two days of fried things), then sole, and finished off with an amazing cheesecake. Nowadays I find cheesecakes in restaurants are often unpleasantly bland, just a hyper-sweet mound of clag. (Don't get me started on why white chocolate cheesecake is THE WORST in my opinion.) But this had cherries on! It was billed as a cherry bakewell cheesecake, and though I didn't taste much almond in it aside from the flaked ones on top, the cherries were fat and juicy and added a much-needed tart note to the whole thing. It's re-enthused me for cheesecake! 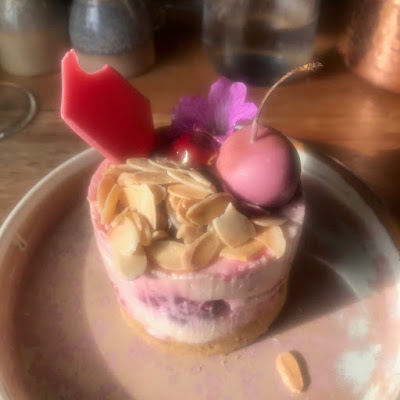 Anyway, that was our trip away. Short, but very much needed. There aren't any photos of me because I'm really feeling bad about my lockdown weight gain right now. Covid cases have suddenly shot up in Bath, so I'm probably not going to be going out much for the forseeable. We've got our second jabs next week, but I don't want to catch Covid or spread it, so we'll carry on being cautious. I hope you're taking care too – stay safe!