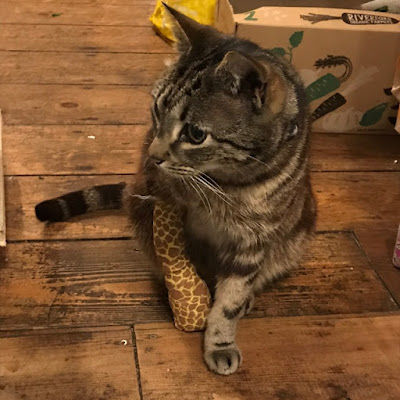 Especially in Ziggy's case. We don't know how he managed it, but the poor boy managed to get a deep cut all the way down one of his front paw pads. We're terrible worriers when it comes to the cats – if the slightest thing seems wrong, it's in the crate and off to the vet we go – but in this case it was justified as it was quite deep and needed cleaning. We had to keep him in for a fortnight and he wasn't happy, but we let Pippin sneak in and out. Anyway, it's mostly healed now and he's allowed his freedom once again. 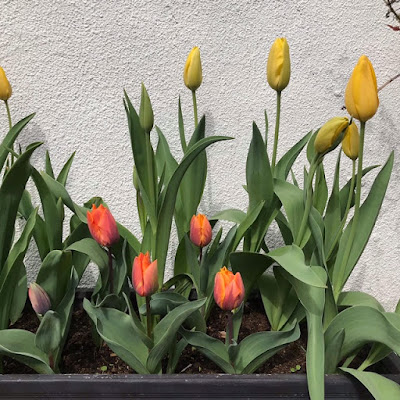 On the subject of freedom, we're having our first vaccinations on Thursday. Hoorah! It'll be nice to worry less about the effects of catching covid. We're not going to become social butterflies overnight, though. Careful shopping's one thing, but I'm going to wait till the silly phase of pubs and shops reopening has passed before venturing out for socialising; there seems to be a bit of daftness around. I'm ready to sit in a well-spaced pub garden with table service, but photos of close-together tables at cafes in London – where the South African variant is already on the rise – and stories of long queues for pubs in other cities make me nervous. I do understand why city dwellers are so happy to get out of their flats as I've got friends confined mostly to one room in shared houses and it's been ghastly for them, but none of us want another lockdown. 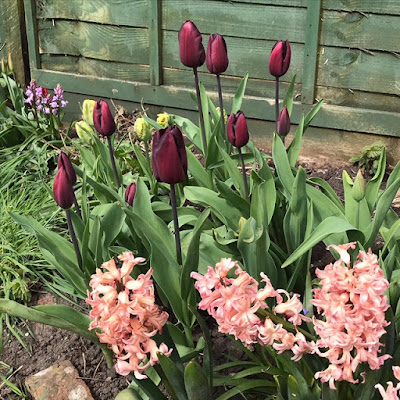 Still, we're prepared to stay close to home a little longer. Last autumn I went a bit bananas on bulb merchant J Parker's website because I wasn't sure if we'd still be locked down by now, and thought if were couldn't go anywhere, we might as well have a nice garden to enjoy. Now-me is very grateful to past-me, because what seemed like an excessive number of bulbs looks utterly beautiful.

I had to work a couple of days over the bank holiday, but we did make it to the garden centre. The big one at Lacock seems to have sprouted dinosaurs. Not sure what that's about, but little children who were there with their families seemed to be very excited by them. (And so was I.) We didn't buy very much as it's quite early in the year and not much was available, but it was fun to get out. And for all my grumbling earlier, people were well-spaced and used the sanitiser available.

I also spent a day over Easter working on my sewing project. Yeah, still that beach pyjama-style set. It's taking longer than anticipated because I'm a fiend for nice finishing, all French or flat-felled seams, but it'll be worth it in the end. 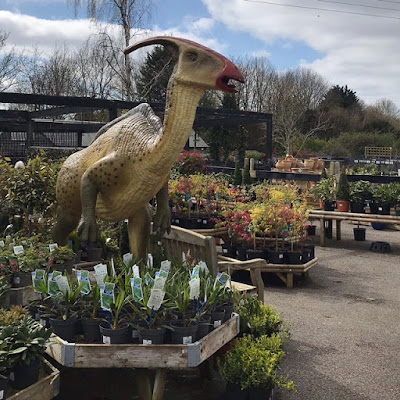 Anyway, that's all the news there isn't from Mimland. Here's hoping the vaccine does its stuff and we're all able to have adventures again soon. 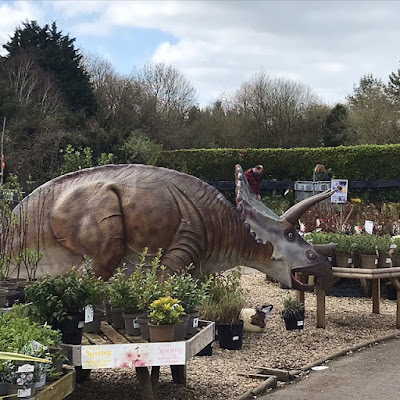