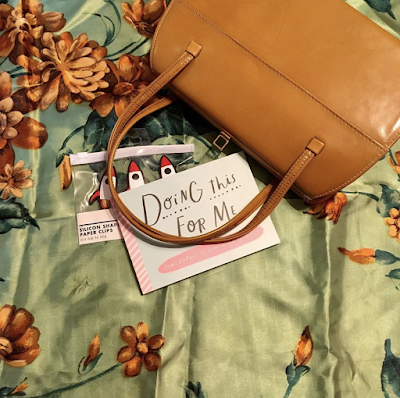 I'm right in the middle of my winter deadline hell right now. (I worked past 10pm yesterday.) I know I can get through it, I've just got to grit my teeth and get on with it, but it is hard, and sometimes I feel like very few people around me know how much effort I'm putting in, or really think it matters. So when I unwrapped this package from Gisela today, I almost cried. It's so lovely!


The bag is by Van-Dal, and the label says "A matching handbag by Van-Dal Norwich England". The logo has been pretty much the same since the 1940s and Van-Dal do still have a factory in Norwich, but I reckon the shape is about as mid-60s as it gets. It's more ochre than mustard, and the colour is echoed in the scarf Gisela sent, which is a clear apple green, malachite, and ochre. I'd never have though of pairing ochre with apple, so the scarf has set my mind spinning! I don't think I have masses to go with it right now, but that's what the sewing machine's for, eh? (Not that the poor thing is getting out much while I'm so busy.)

Also in the parcel are some rocket paperclips, for all my retro-futuristic clipping needs, and a book of self-care tokens. I'm going to flick through the latter every day or so as it's full of reminders of nice little things to do that I'm probably going to forget about otherwise. 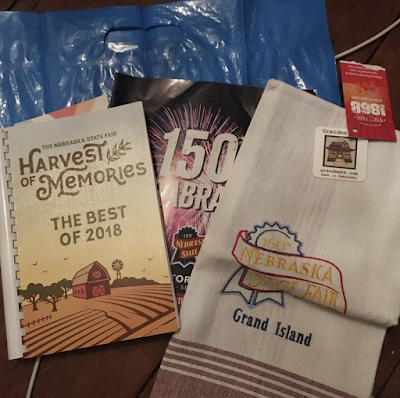 That's not the only good post I've had this month, though! I won Goody's Nebraska State Fair giveaway, including a cookbook featuring a number of her son's prize-winning recipes. It vanished in the post, and as I hadn't heard from Customs we both assumed it had been eaten by the mail monster, but then it showed up. There are some really good recipes in that book, and when I make them I'll share the results with you. 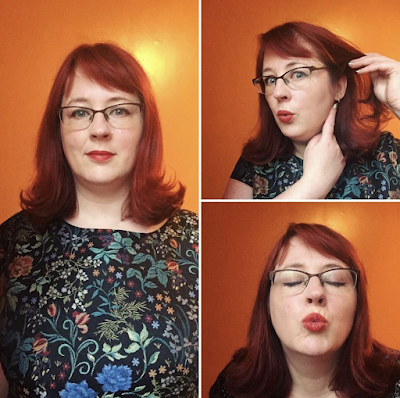 And I didn't tell you what I wore to the Golden Joysticks, did I? I went with my faithful old jacquard dress in the end. I just wanted all those colours. My nails were a light sage green, earrings bright green, and I emmapeeled my hair. I didn't feel dressed up, but appropriate and, more importantly, comfortable. In case you're wondering, the lipstick is L'Oreal Color Riche Matte in Brick Vintage, and it is perfect. It's red, but just muted enough to work on my skin, which has a lot of gold tones in it, and lasts really well. Now I think about it, I really should go in and get a backup, and a couple of other colours too.

I hope your end of November is considerably less stressful. All my vintage chums really brighten my days right now, so may your chazzas be filled with bargainous old tat, and all your armpits remain unripped!