Been to That London 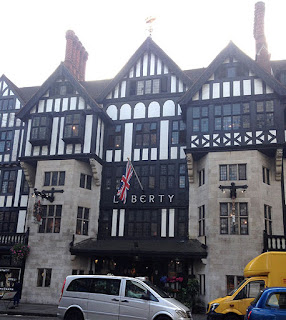 Saturday saw me off to London again, to visit my friend Sam once more. Because we're about to go into my busy period at work, I probably won't see her now until the New Year. Of course, the British railways being what they are, I was sensible and pre-booked a ticket to get it cheap... and then the staff on that part of the network (South West Trains) decided to have a day's strike, so I had to get my money back and book a more expensive one with Great Western. And because part of the South West network wasn't running, everyone had to use the same route, which meant the train was heaving and I had to stand all the way to London.

Anyway, I got there.


I always try to have a plan of sorts when I go to London, a vague aim. This time I wanted to go back to a particular fabric shop I went in with my friend Jenna to see Black Sabbath; it had a basement full of amazing tweeds. Sam and I met at Oxford Circus tube station. First we ponked around Liberty, where I dragged her round the perfume section. I wasn't sure if we were getting the side-eye from the start, but if we were, joke's on them, because I know (and spend big on) my 'fumes. We also went up to the fabric department on the third floor to look at the new season's Tana Lawn prints. They've got a number of very deco-looking designs this autumn/winter, and I wanted to see them on the bolt to get a better idea of colour and scale than you get online. AAAAH! They were all so beautiful. I want them ALL. If you're a 1920s/1930s lover, you need to see them. 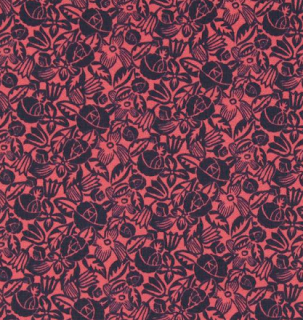 We went into a shop on Oxford Street, then to haberdasher MacCulloch and Wallis where I got bias binding, as I'll need it to make my space rocket top. That's another shop I'd only 'visited' online before, and I will definitely go back. It really was notions heaven.

The fabric shop I'd really wanted to go to was a massive disappointment this time. I'd been thinking of getting some wool tweed to have a go at the dress variant of that 60s top I keep making, but the basement was closed and it had all been merged in with the fabrics upstairs and the selection wasn't very inspiring. On reflection, I do have an awful lot of fabric now anyway, and perhaps the time has come for me to use some of my vintage fabric; I'm confident enough at making that top that the dress version shouldn't be a massive problem. 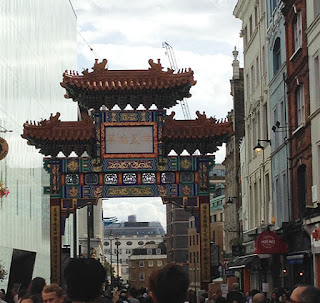 So Sam and I bimbled around some more. The fabric shops are in Soho – it's not just for sauce! – which has plenty of places to eat. We stopped off for a burger and I tried my very first seitan burger. Yes, vegan. It was... filling. When I was a kid we'd chew up grains of wheat off the ear and it'd turn into a sort of gummy stuff, and that's pretty much what seitan is as far as I can tell. All the veggies I know rave about it because it has a more chewy texture than a lot of veggie offerings. I liked it at first but was struggling by the end. Still, you definitely don't get hungry quickly after one of those.

We walked as far as Chinatown, then headed back to Oxford Circus, stopping in a chocolate shop for some incredible hot chocolate on the way. The picture doesn't do it justice. It was pretty much a cup of melted chocolate. We nattered constantly. I had a great day! 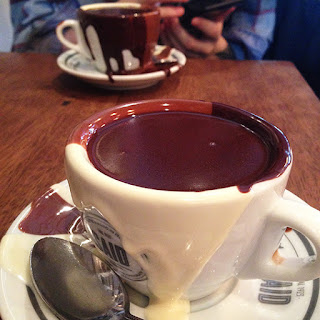 And then I got AN ACTUAL SEAT on the train home...

I hope your weekend was as much fun. Did you get up to much?
Labels: London