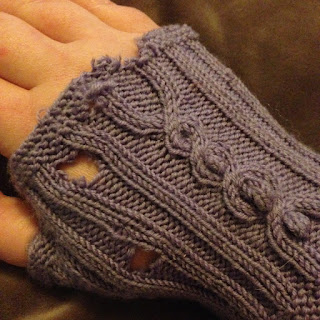 I am in a jolly bad mood today. I found a glove on the floor, one of the Morse Code Mitts I designed myself, put it on and... full of holes. Pippin has been breaking into the coat cupboard under the stairs, so I sort of hoped that it was kitten damage, but realistically, it's moths. Cue me hauling my favourite vintage jacket out, and my bag of scarves, then all sorts of other things to check they were okay. I have a day off on Friday (it's my birthday) so that will be spent trudging up to the hardware shop to buy MORE moth repellent/killer and giving the coat cupboard a real cleaning.

Then Expedia decided to rearrange one of our holiday flights - we booked one from Granada to Madrid so we could fly back from Madrid to the UK, and they moved the Granada flight so it lands AFTER our flight from Madrid to England leaves. And Expedia are still taking bookings on the flight we paid for! GITS. Now we have to work out some other way of getting from Granada to Madrid.

And I'm on deadline at work. BAH.

On the other hand, the glove was the only thing I found mothballs in. I suppose it could be the fact that most things in the cupboard have anti-moth balls in the pockets, or in their packaging, that has kept all the rest free of moths and I should be grateful for that. And the mitts pattern does need a recheck, so I can do that when I make a replacement one. And the cupboard does need sorting out. But I'm still annoyed! 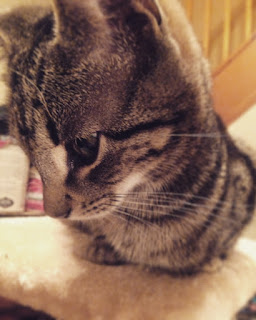 We had an emergency trip to the vet with Ziggy on Sunday. He kept throwing up and we were worried he'd been poisoned, but he was running a massive temperature. Several vastly expensive injections later, he's back to being a little sod, eating his sister's food as well as his own, and wrestling with her under the bed at 5am. Ah, Ziggy. On this one, at least, I am very happy indeed.